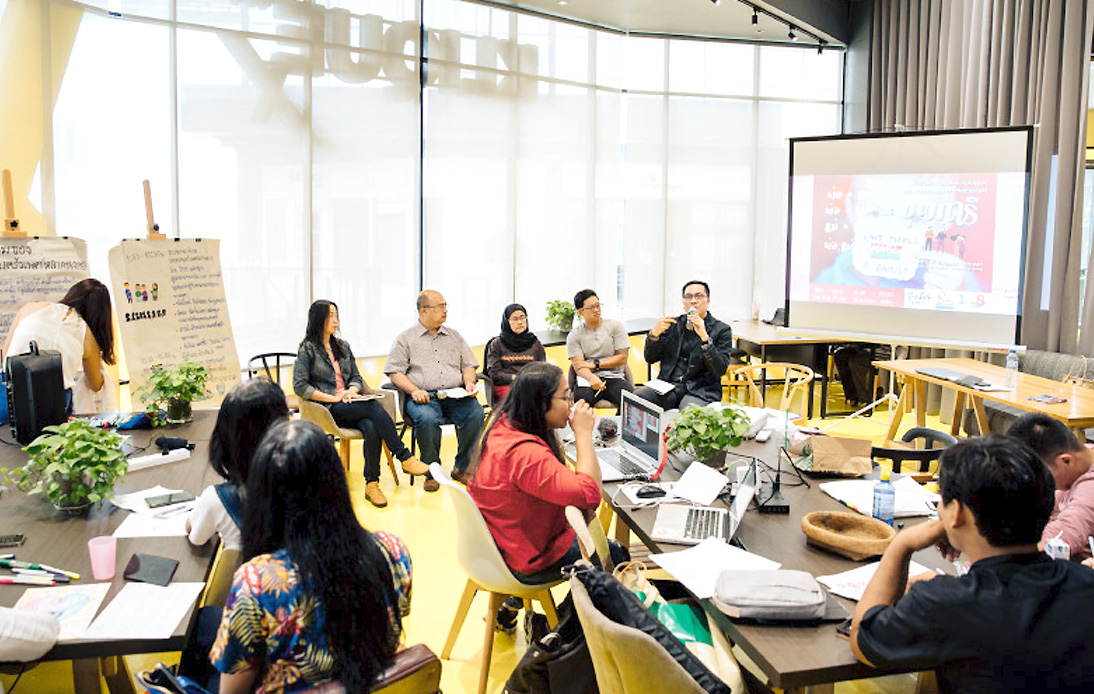 As part of its efforts to help families with LGBT Children who experience bullying, the Thai Health Promotion Foundation and the Foundation of Transgender Alliance for Human Rights (TGA) released a manual Tuesday titled “This House Has Gender Diversity.”

It is the first manual for “rainbow” children facing gender stereotypes and prejudices.

According to Phoranee Phuprasert, director of the Office of Vulnerable Group Support, the manual’s objective is to create a better understanding of the issues the LGBT community faces, especially among parents struggling to accept their children’s lifestyles.

She said that one of the main reasons for creating the manual was that many LGBT children had not been accepted by their families.

Ms. Phoranee explained that the project was intended to spread better information and understanding, helping families become a safe space for LGBT children. She added: “We saw that many schools and other organizations had taken part in anti-bullying projects.”

“So, we reached out to find another space that was still problematic and we found out that the family is still the problem, even much bigger [than what is in the school],” she went on.

“Therefore, it is very important to open a conversation among family members with academic knowledge, not only one’s own experience and prejudice, and this could help the parents understand their kids,” she also said.

The authors expect a digital version of the manual to be available on the Thai Health Promotion Foundation and TGA websites next month, although it is still being edited.

Matcha Porn-in, 41, the Sangsan Anakot Yawachon organization officer and board of international family equality day co-host, said that her wife and daughter had contributed to the manual’s creation. She added that it not only helped parents understand their children much better but also provided them with tools to deal with social pressure over having LGBT children.

“We wrote this manual from both perspectives, the lesbian child of heterosexual parents and parents of a bisexual daughter,” said Ms. Matcha.

“We understand many parents have to put up with questions from a neighbor, or even among their own relatives. This manual could become a reference for them, so they know they have raised their kids well enough,” she added.

However, she accepted that researchers had more to learn about families’ different experiences and help others understand the manual’s content due to its academic nature.