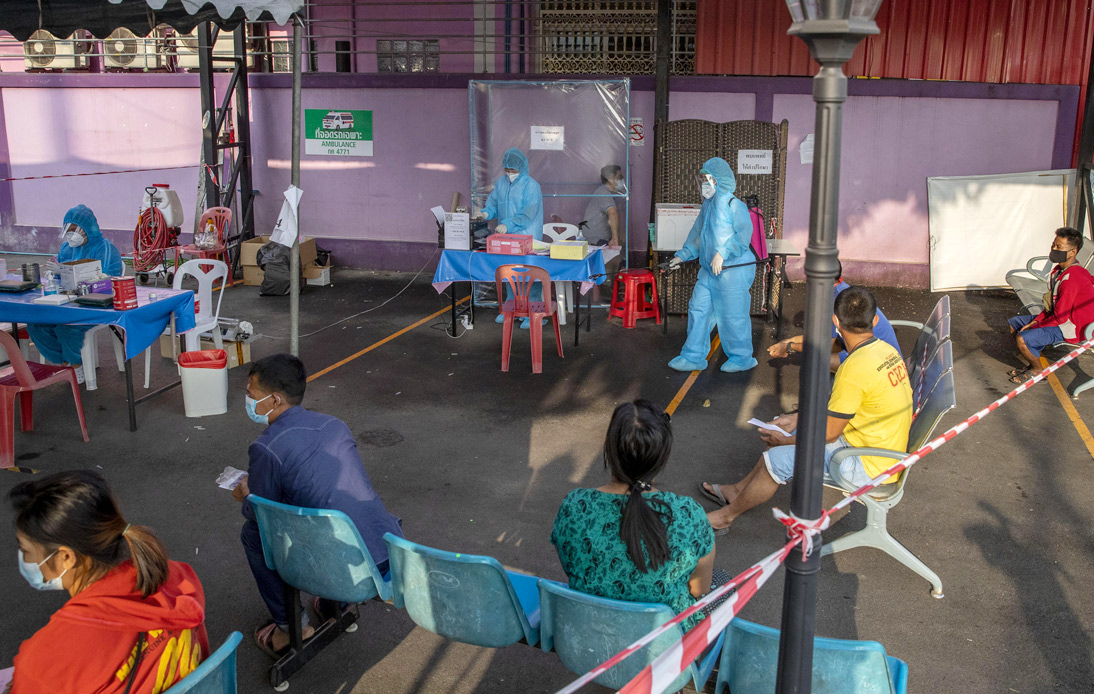 On Sunday, authorities in Thailand reported finding 237 new cases of COVID-19, bringing the total confirmed cases to 23,371 since the pandemic began in March last year.

The death toll remained at 79 as there were no new coronavirus-related deaths.

According to the Center for Covid-19 Situation Administration (CCSA), 112 of the new infections were found through active case finding. They also detected 113 new cases in hospitals, and 12 infected patients arrived from abroad.

Reports indicated that most of the cases detected by mass testing – 107 out of 112 – were in Samut Sakhon.

All but three of those cases were foreign nationals. Additionally, active testing found three new infections in Bangkok and two in Tak.

Samut Sakho also dominated the number of cases found in hospitals and clinics.

The province, which became the hotspot for the new coronavirus outbreak, registered 95 cases in hospitals during the last 24 hours. There were also 14 other self-reported cases in Bangkok, three in Tak, and one in Samut Songkhram.

Another 12 cases also arrived from abroad, according to the CCSA.

This group included three Thai nationals who returned to the country through the Mae Sot checkpoint in Tak from Myawwaddy, Myanmar, on January 28. All three were reportedly receiving treatment at Mae Sot Hospital.

Health officials stated that another nine cases entered the country through the Suvarnabhumi airport.

These cases were two Brits from the United Kingdom, a Thai returnee from Germany, a Japanese and a Thai from the Maldives; an Italian, a Pakistani, and an Irishman from France; and a person from Sri Lanka who flew from Singapore.

He said that 14 provinces had no new cases for seven days since January 31. He also said that health authorities had locked down two tambons, Nadee and Tha Sai.

The decision came after more than 7,000 workers in four major factories in both areas tested positive for COVID-19.

Most of them were migrant laborers. Both tambons were under heavy restrictions.