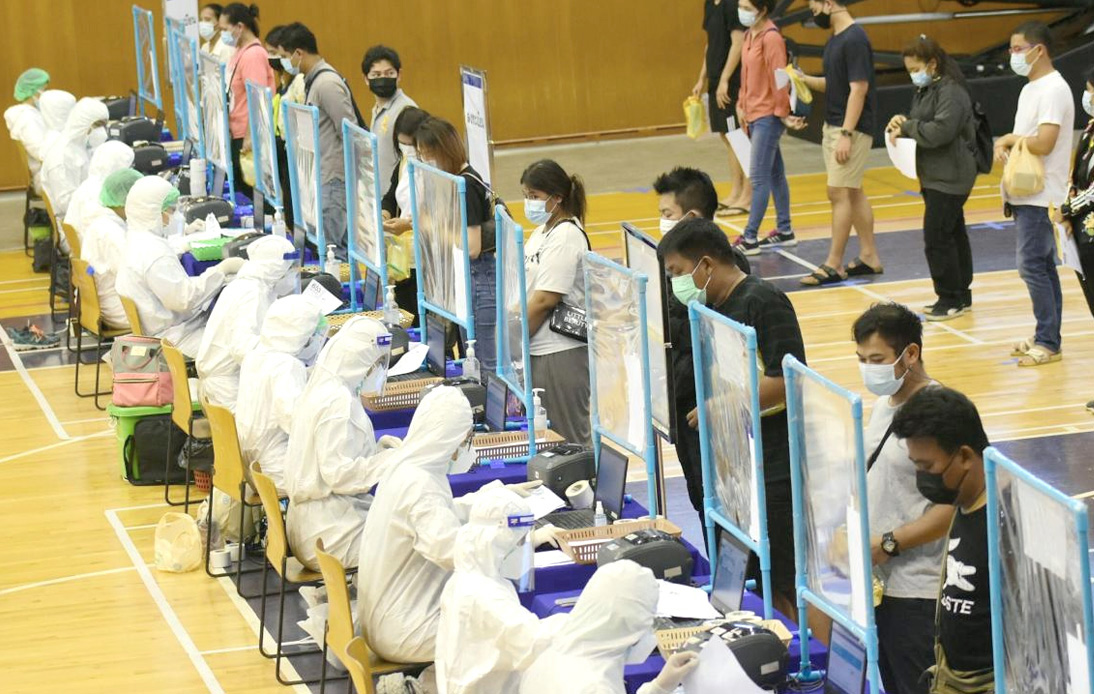 On Friday, the Public Health Minister reported 27 coronavirus-related deaths, raising the death toll to 363, and 2,044 new infections, leaving the national case toll at 78,855.

During the last hours, the authorities announced that 2,377 hospital patients recovered and were discharged. According to official figures, 49,992 new cases have been reported during the third wave of COVID-19 that began early last month, and 21,746 have already recovered.

Panprapa Yongtrakul, an assistant spokeswoman for the Center for COVID-19 Situation Administration (CCSA), said that 18 of the deaths were in Bangkok.

Other provinces that reported deaths were Nonthaburi (2) and Samut Prakan (2), and Chaiyaphum, Rayong, Pathum Thani, Chachoengsao, and Ranong. The group, who were aged 30-90 years, included 15 men and 12 women.

Seventeen of them had been diagnosed with diabetes.

Thirteen of the victims were confirmed to have been in close contact with infected relatives.

Moreover, five of the people who died lived in high-risk areas, another had contact with another confirmed case, one visited a risk area, and another owned a shop, health officials explained.

The 2,044 new infections were detected in 68 provinces.

The rest of the country logged 668 new cases in the last 24 hours.

The new group of cases comprised four were quarantined arrivals from Malaysia, including three Thais who sneaked across the border, and Tanzania.

Of the 78,855 cases, 49,172 (62%) have recovered to date, and 29,320 remain in hospitals, including 1,170 in critical condition and 367 dependent on ventilators. Yesterday, authorities in Bangkok extended the closure order until May 17 as part of their efforts to control the increase in infections.