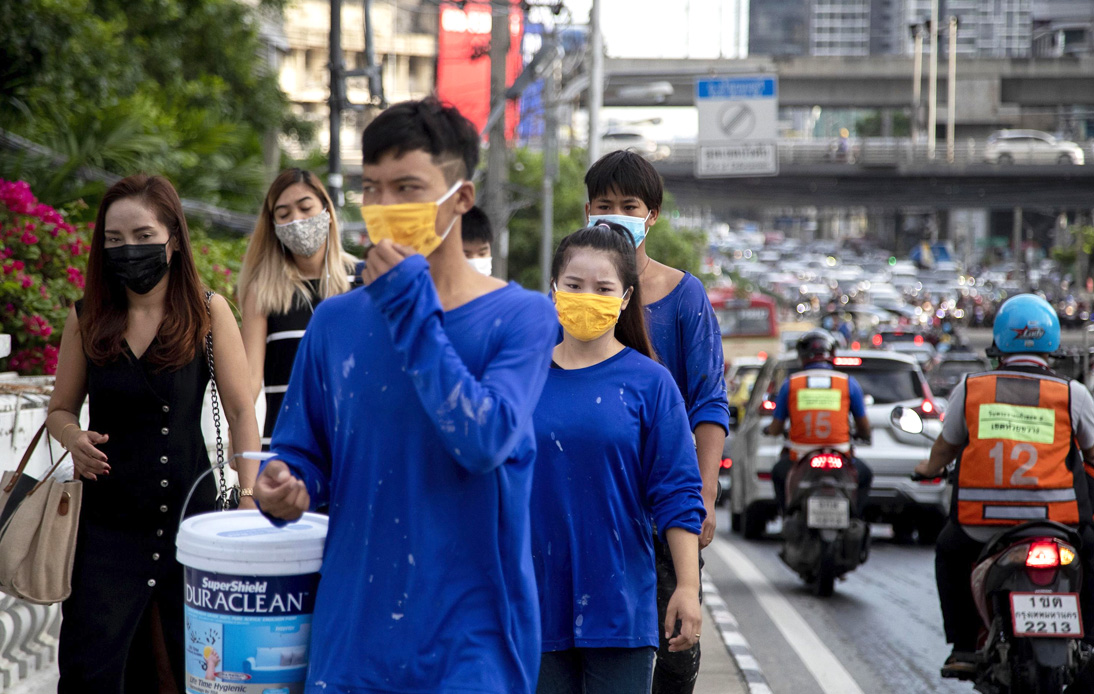 On Friday, authorities found 309 new COVID-19 infections in the country, reporting that 297 of them had been local transmissions and 12 imported cases.

Said figures brought the total confirmed COVID-19 cases since the pandemic began to 13,104.

According to the spokesperson for the Center for Covid-19 Situation Administration, Taweesilp Visanuyothin, there were 80 infections detected in hospitals and 217 new cases detected through active case finding in communities.

Besides, he said that 49 of the 80 new cases were registered in the Samut Sakhon province and 8 in the capital.

Of the 217 cases found through active case finding, 212 were in Samut Sakhon, including 196 migrant laborers. Five Myanmar migrants also tested positive in Bangkok.

That makes Samut Sakhon the province with most of the 8,302 new cases found in the country since the second wave of COVID-19 began in mid-December. Dr. Taweesilp said authorities have ordered to accelerate the active case finding next week at factories of Samut Sakhon and adjacent districts in Bangkok.

Regarding the 12 imported cases, it was known that all of them were quarantined arrivals from the United Kingdom, Lebanon, Germany, the United Arab Emirates, Estonia, Italy, Switzerland, Sudan, and Sri Lanka.

As Dr. Taweesilp explained, 78% or 10,224 of the total cases had recovered, including 382 discharged over the past 24 hours. Thailand has recorded 13,104 coronavirus infections since the pandemic began in March last year.

There were no new deaths on Friday, so the death toll remained at 71.

The Thai government is scrambling to curb the surge in coronavirus cases that has been hitting the nation since late 2020. Yesterday, the FDA approved AstraZeneca’s COVID-19 vaccine, and 50,000 doses are expected to arrive in the country the following month.

Thailand ordered 200,000 of the vaccine produced by the British-Swedish pharmaceutical Company and millions of doses from other firms, including shots locally produced by Siam Bioscience Co Ltd.

Authorities expect to have vaccinated half of the country’s population – more than 67 million people – before the end of 2021.