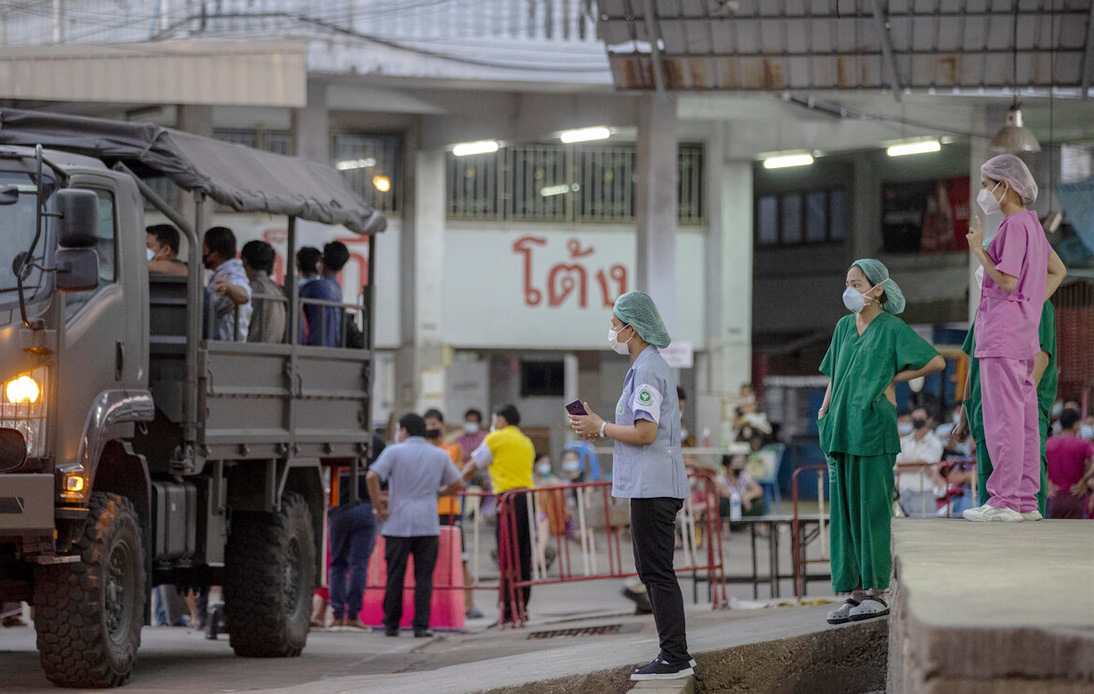 On Wednesday, the government announced that health authorities had found 783 local infections and 12 imported cases among the new group of 795 COVID-19 infections detected across the country.

According to the spokesman for the Center for COVID-19 Situation Administration Taweesilp Visanuyothin, 759 of the new 783 local transmissions were detected in communities of Samut Sakhon, the epicenter of the second outbreak of coronavirus in the territory.

He also said that the other 24 were found at hospitals.

Reports indicated that Samut Sakhon province registered 99.2% or 77 of the total new local infections during the last 24 hours. In turn, Bangkok had 0.51% or four cases, and the rest 0.26% or two cases were in other provinces.

There were also 92 Thais, three Cambodians, and two Lao people. Dr. Taweesilp explained that many new more cases would be reported as active case finding continued.

Of the cases detected at hospitals, Samut Sakhon logged 19.

Eleven of them were Myanmar people, and seven were Thais. Moreover, there were four in Bangkok, three Thais and one Myanmar migrant, and one each in Maha Sarakham and Tak.

The CCSA spokesman also said that the 12 imported cases were quarantined arrivals.

However, he stated that 60 of the country’s 77 provinces were free of new COVID-19 infections over the past seven days or longer. Also, de death toll remained at 79.

Dr. Taweelsip said that officials had found no evidence of an increase in cases linked to public transport.

He said that most of the cases were related to contact with family members, work colleagues, or friends. Only one case was linked to boat travel, and two infections were associated with trains.