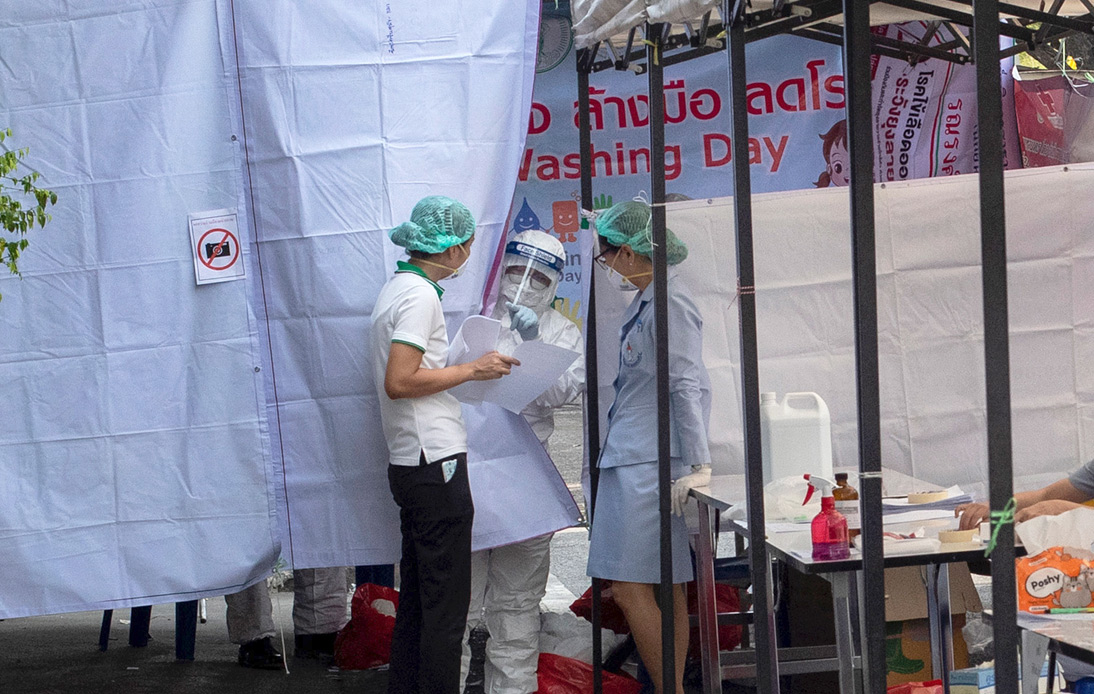 According to Panprapa Yongtrakul, assistant spokeswoman for the Center for Covid-19 Situation Administration, they found 43 local infections in communities and 22 in hospitals in four provinces on Thursday.

“The two-digit level of new cases found at hospitals and communities shows that the local Covid-19 situation is under control,” she said.

Samut Sakhon was the province with the most cases.

The epicenter of the second wave of COVID-19 registered 50 new cases, representing 77% of the daily increase.

Of that group, 38 were found in communities,

Thirty were people from Myanmar, and eight were Thais. Twelve cases were also confirmed in hospitals, seven of which were from Myanmar and five from Thailand.

Three of them were detected in hospitals, two from Thailand and one from Myanmar. Also, Bangkok registered six new cases in hospitals, including three Thais and three Burmese.

Chon Buri only detected an infection after a Chinese man tested positive at a hospital.

The other two were Thai women.

The 23 and 24-year-old women illegally returned from Myanmar through natural border crossings and arrived in Tak province on Sunday and Tuesday.

The number includes 79 patients discharged in the last 24 hours and another 515 patients in hospitals, said Panprapa Yongtrakul. Numbers in Thailand remain low even as the number of global COVID-19 cases increased by 446,747 in just 24 hours, bringing the worldwide case toll to 116.21 million infections.

Moreover, the death toll worldwide rose to 2.58 million after 9,955 deaths were reported during the last day.

The United States was the country with the highest number of cases on record, registering 68,321 new infections on Friday, which increased the country’s total cases to 29.53 million. It also logged the most deaths with 1993 daily passings, increasing the overall death toll to 533,636.