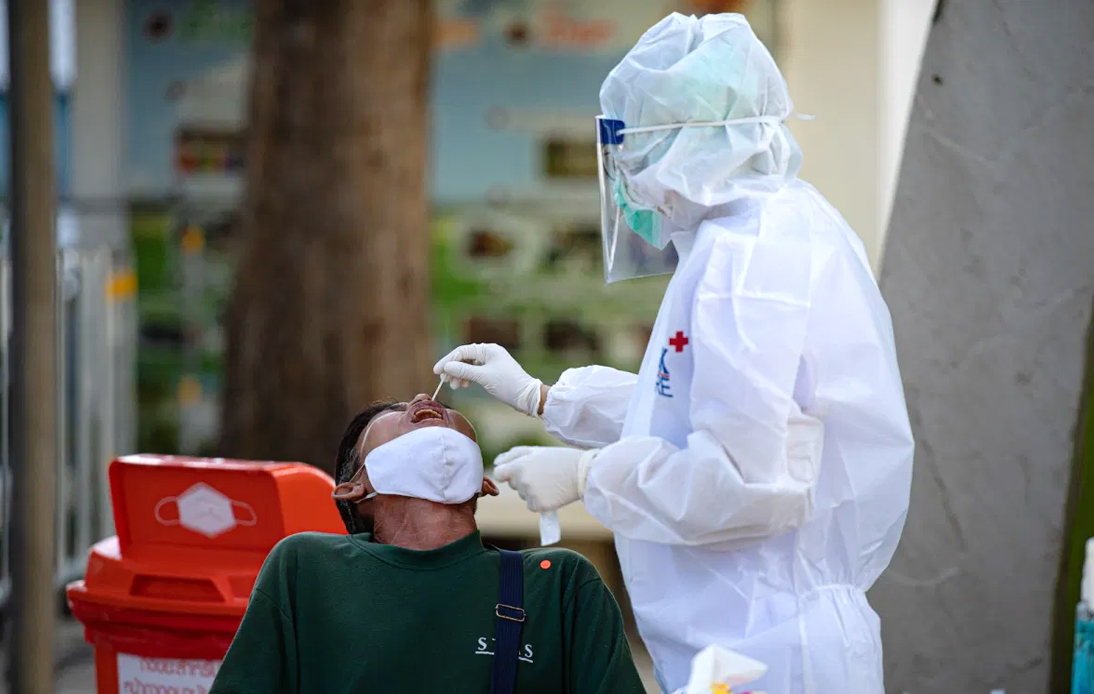 There were also two more deaths, raising the fatality toll to 79.

Reports indicated that there were 819 domestic transmissions among the group of new cases and 710 of those were detected through active testing.

According to Taweesilp Visanuyothin, spokesman for the Center for COVID-19 Situation Administration, the first new death was an older woman in Samut Sakhon. She was 75 and suffered from high cholesterol and hypertension.

She got the coronavirus test on January 25th after her husband tested positive for the disease.

The woman was asymptomatic and went home to wait for the results. The test returned positive on Thursday, Dr. Taweesilp said. She was then suffering from exhaustion and shortage of breath.

She was taken to Samut Sakhon Hospital before dying on Saturday.

“This case was an elderly person. Her condition worsened quickly, and she died in a few days. This case must be seen as a lesson,” the spokesman said.

Dr. Taweesilp also explained that the second death was a Thai male vendor.

The 68-year-old man had been diagnosed with diabetes and terminal renal failure. He also underwent a kidney transplant in the past.

According to the reports, the man visited Samut Sakhon province and went to a karaoke shop in Pinklao, Bangkok.

On December 30, he developed a cough, a runny nose, and muscle pain. He was confirmed to have contracted the virus on January 7.

He received treatment in a hospital for about a month before his condition worsened. He died early Monday morning.

Dr. Taweesilp said that the infections found through active testing included 688 new cases in Samut Sakhon, with 629 Myanmar migrants and 59 Thais. There were also 22 confirmed cases in Bangkok detected after tests at factories in Phasi Charoen district.

They were three Thais and 19 Myanmar migrants.

Health officials also found 109 cases at hospitals, and 99 of them were in Samut Sakhon, including a 26-day baby girl. Among this group were 76 Myanmar people, 22 Thais, and one Cambodian.

Seven other people were confirmed in Bangkok.

According to Dr. Taweelsip, the only other new infections were one in Nonthaburi and two in Samut Songkhram. Besides, he said that the imported cases were quarantined arrivals from Switzerland (3), Malaysia (3), the United Kingdom (3), the United States (2), Canada (2), India (1), Nigeria (1), France (1), and Denmark (1).

With these figures, the caseload in Thailand rose to 20,454.