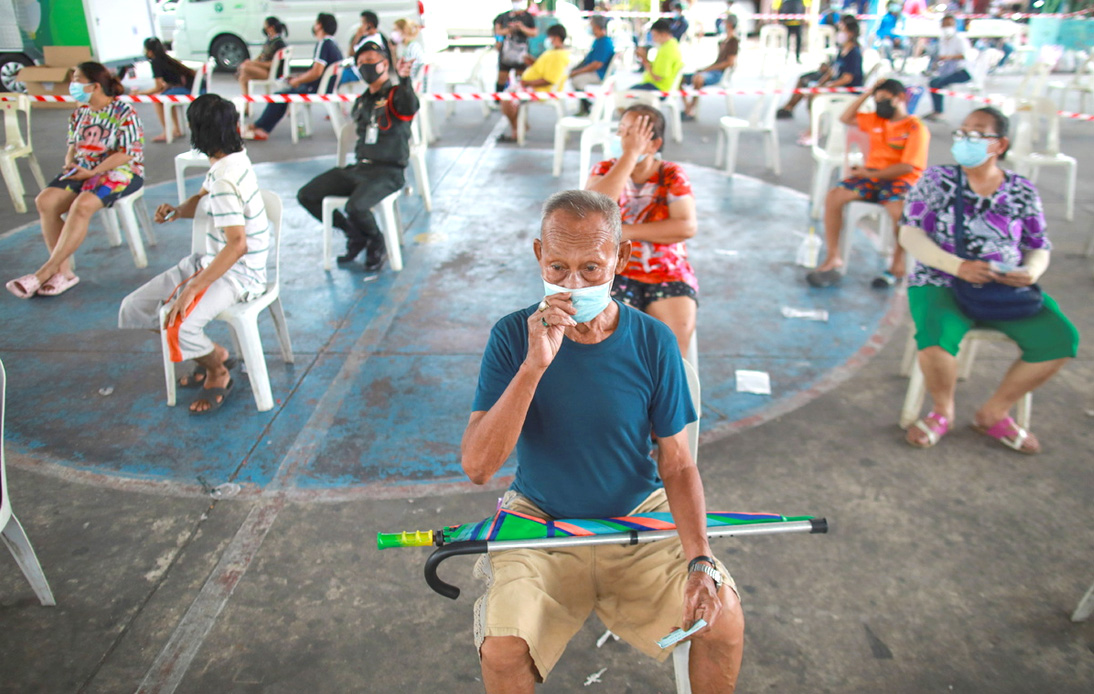 The government reported 5,485 COVID-19 new cases on Monday, the highest number recorded in one day, and 19 new coronavirus-related deaths.

The figures raised the number of cases since the pandemic started to 159,792 and the accumulated fatality toll to 1,031. According to the Center for COVID-19 Situation Administration, 3,532 of the new infections were in the general population, con and 1,953 among the prison population.

The infections found among the general population included 2,270 identified through active case finding and 1,205 detected through the routine surveillance system.

Authorities said that 31.5% (50,416) of active cases were receiving treatment or were isolated, with 20,837 in conventional hospitals and 29,579 in field hospitals. Of that group, 1,233 patients are considered to have severe disease, and 390 are currently receiving ventilatory support.

However, 29 provinces did not report any cases on Monday.

CCSA assistant spokeswoman Apisamai Srirangson said health officials had detected two new clusters in the capital. Those were a residential camp for construction workers in Bang Na district and a community in Sathon district.

They brought the total of Bangkok clusters under strict surveillance to 45.

Bangkok also logged the most deaths with 12 while the rest were reported in Kanchanaburi, Nakhon Ratchasima, Samut Prakan, Chachoengsao, Chon Buri, Samut Sakhon, and Nonthaburi. The CCSA also found 58 imported infections, including a man from the Maldives, a Russian man, and 55 Thais who returned from Cambodia through the Sa Keo border crossing.

Meanwhile, the government is redoubling efforts to stop the spread of the virus in risky places like work camps, markets, and factories.

After announcing that Thailand had recorded a record high on Monday, a government spokesman said health authorities had met with labor and industry officials to discuss a plan to curb infections in crowded places.