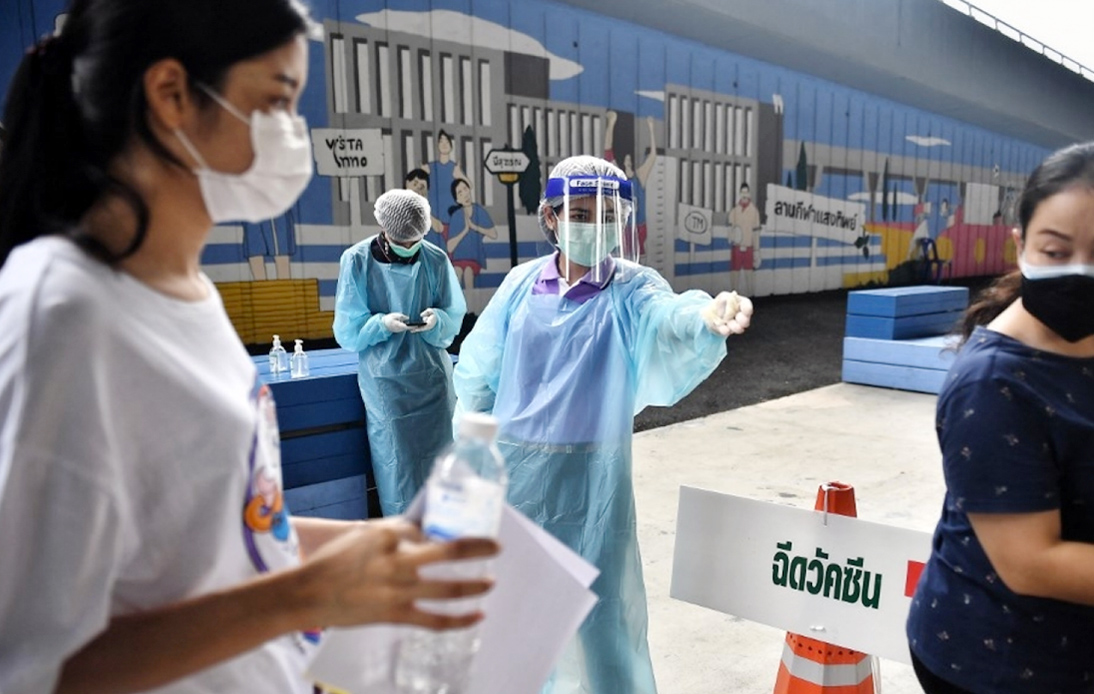 On Monday, Thai authorities reported that 985 new COVID-19 cases had been detected in the country for a new daily record since the pandemic began, bringing the case toll to 33,610.

All but five infections were transmitted locally, and no additional deaths were recorded, leaving the death toll at 97.

According to the Center for Covid-19 Situation Administration (CCSA), Chiang Mai led the daily case figures with 246 new transmissions, followed by Bangkok with 137 and Chon Buri with 92. The number of new infections in Chiang Mai included the group reported in the province on Sunday afternoon.

The numbers after the long Songkran holiday, where people often travel and gather with family members, will define the direction of the third COVID-19 wave in Thailand, Department of Disease Control director-general Opas Karnkawinpong said.

“The trend is still upward. We have to look at the figures after Songkran,” Dr. Opas added.

He also said that most of the new cases were still linked to nightspots clusters. Dr. Opas cautioned that ongoing college summer vacation could cause the infection number to jump if students lower guard in personal activities and extracurricular programs like summer camps.

On Monday, Dr. Opas stated that the lack of cooperation from the parties at risk was hampering the health officials’ ability to contain the outbreak.

“Many pubgoers do not give us information until two or three days have passed,” he added. Meanwhile, the ministry was forced to calm fears that there would not be enough hospital beds after the rapid increase in cases prompted people at risk to get tested.

Bangkok alone has 4,000 sets aside, and “about 2,000 beds in all networks are still available [in the capital],” he added, referring to public, private and field hospitals.

Besides, he said that public and private hospitals were partnering with hotels to convert their accommodation into makeshift hospitals to care for patients who are not in serious condition.