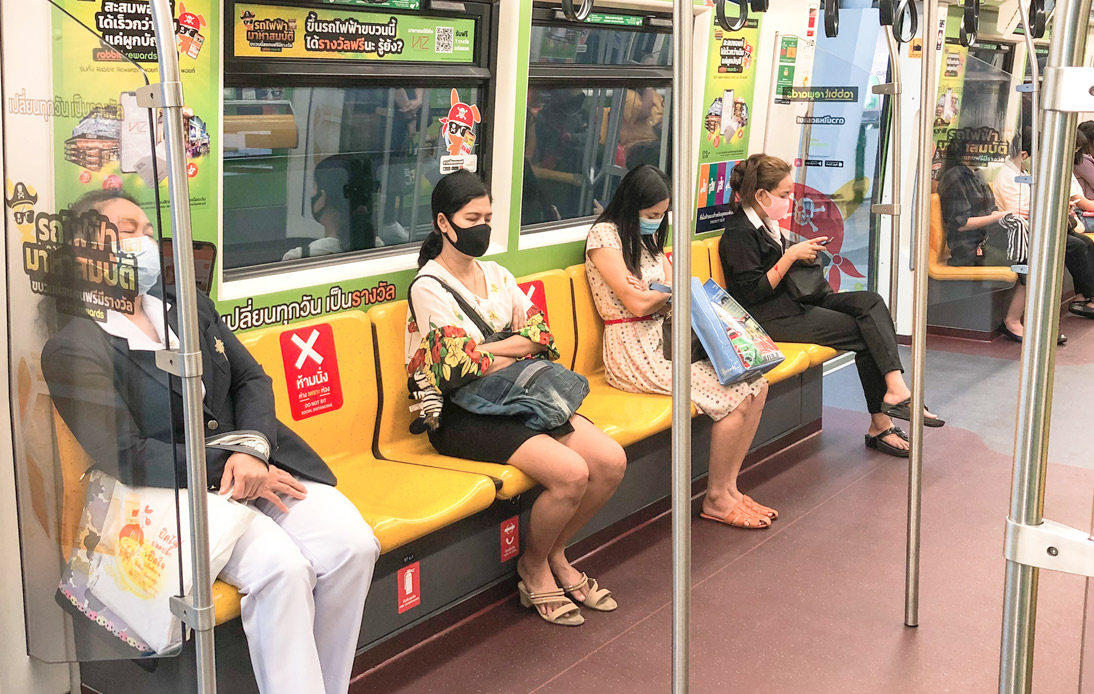 On Monday, the Thai government reported eight additional coronavirus-related deaths and 2,048 new infections in the past 24 hours, bringing the cumulative total to 148 fatalities and 57,508 confirmed cases since the pandemic began.

The Center for COVID-19 Situation Administration (CCSA) stated that 10 of the cases detected yesterday were imported, and half of the deaths were recorded in Bangkok.

Once again, the capital reported the most cases with 901, followed by Samut Prakan with 110, Chon Buri with 104, Nonthaburi with 97, and Chiang Mai with 84. Bangkok has become the hotspot for the third outbreak that began earlier this month, and it has accumulated 9,076 cases, three times more than the total in Chiang Mai, the province with the second most infections.

CCSA assistant spokeswoman Apisamai Srirangson said the capital would be reporting more than 500 new cases a day due to massive testing.

Health authorities have deployed active mass testing to detect infections early and minimize the virus spread during the third wave of COVID-19 that is hitting the country.

The spokeswoman also explained that the imported cases were four arrivals from India and one each from the United Arab Emirates, China, Pakistan, Turkey, Qatar, and Hungary.

Amid the increase in cases in the country, the Public Health Ministry has proposed a new “targeted lockdown” with new restrictions and a color-coding system to identify the provinces most at risk of being affected by the latest coronavirus outbreak.

The Public Health Emergency Operation Center convened a meeting on the severity of the third wave of COVID-19.

According to Dr. Kiattiphum Wongrajit, permanent secretary of the ministry, it was agreed that disease control measures would be reinforced with zoning based on a revised color-coding system. Currently, the degree of coronavirus infections in provinces is illustrated using red, orange, yellow, and green.

However, under the new color system, there will only be three zones.

Dr. Kiattiphum explained that they were the dark red zone, under maximum special control, red zone, and orange zone. The communicable diseases committee of all the 77 provinces will be asked to adopt “targeted lockdown” measures to prohibit activities that involve large crowds, he added.

Urgent issues, such as the capital’s hospital bed shortage and a way to solve the problem, were also discussed at the meeting, Dr. Kiattiphum clarified.