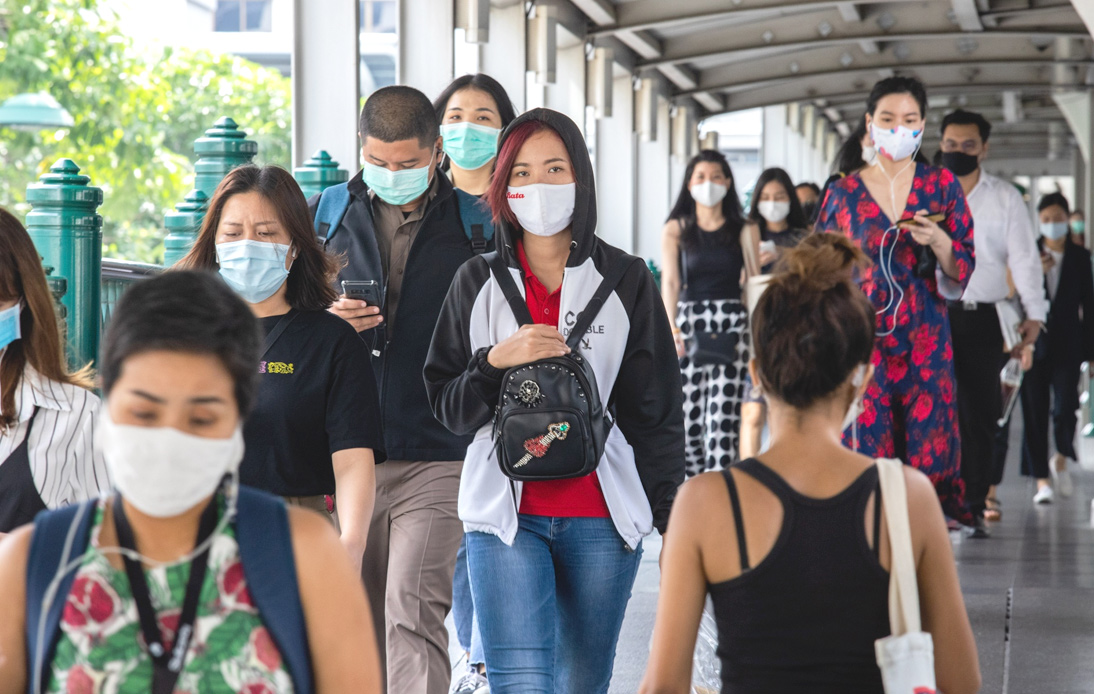 The Center for COVID-19 Situation Administration (CCSA) spokesman Taweesilp Visanuyothin said the total number of deaths in the country had risen to 121.

Dr. Taweesilp explained that the 118th death was a 72-year-old Thai who resided in Bangkok and visited Phuket from April 9-12. The next day, he developed a fever, cough, sore throat, and diarrhea, and was admitted to the hospital on April 17, where he was diagnosed with lung inflammation.

The man tested positive the next day and needed a ventilator, but died at 6:29 p.m. Tuesday.

The 119th death, logged in Songkhla, was a 74-year-old Thai man suffering from hypertension and cardiac arrhythmia. He was in contact with a confirmed case on April 6 and was admitted to the hospital on April 11 after testing positive for COVID-19 the day before.

On April 15, an X-ray showed severe lung information and he was pronounced dead Thursday at 5:15 a.m. after his heart stopped.

Authorities said the 118th death was a 29-year-old Thai woman from Samut Prakan province who had obesity. She was in contact with a confirmed case on April 10 and developed symptoms, including cough, excessive phlegm, and shortness of breath on April 12.

The woman was admitted to the hospital on April 18, two days after testing positive.

She was later found to have lung inflammation, an infection, and suffered heart failure before being pronounced dead at 6:45 a.m. Thursday. The 121st death was an 83-year-old Thai man in Samut Prakan who suffered from diabetes, hypertension, chronic kidney disease, and heart disease.

He was in contact with a previously confirmed case and developed a cough with excessive phlegm on April 8.

The man was admitted to hospital the next day and had severe lung inflammation, requiring a ventilator, on April 10. It was confirmed that he had died at 12:28 a.m. Thursday.

Yesterday’s figures raised the number of deaths in the third wave of COVID-19 to 27.

Likewise, the CCSA reports showed that the group of 2,070 new cases included 2,062 local infections and eight imported cases. Of the local infections, 1,902 were confirmed in hospitals and 160 detected through massive testing.

Health officials said the eight imported cases were quarantined from India (5), Turkey, Pakistan, and Malaysia. Additionally, they stated that 60% of the cases had recovered, including 341 discharged on Thursday.