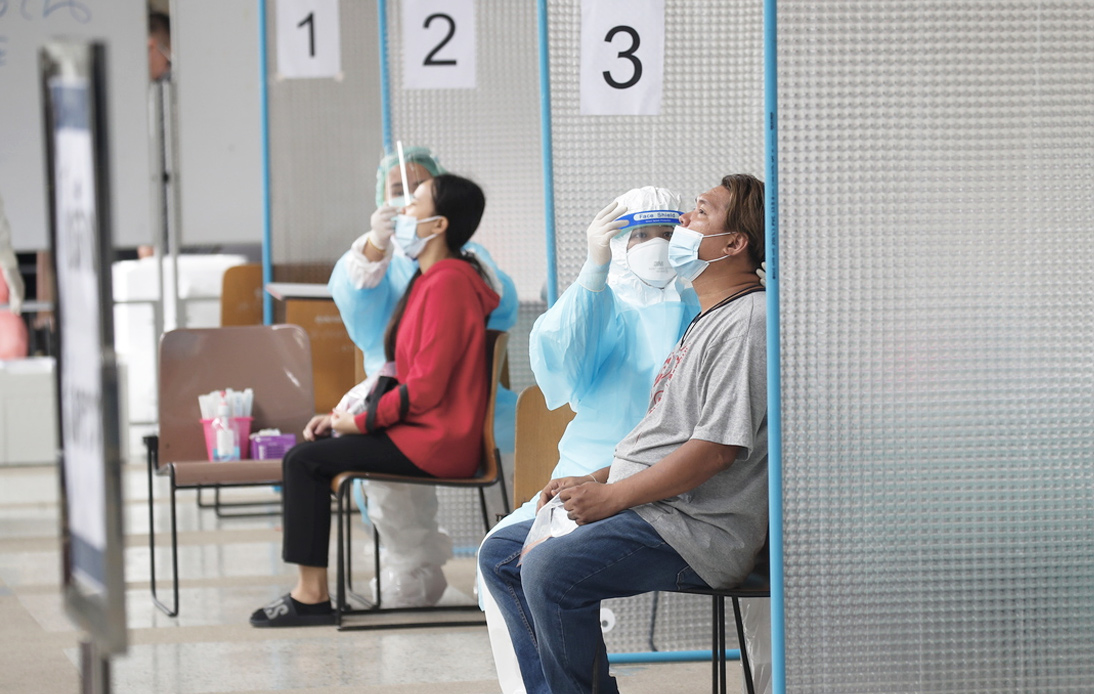 Taweesilp Visanuyothin, a spokesman for the Center for COVID-19 Situation Administration, said that 12 of the new deaths were women.

The average age among people who died was 73 years old (between 39 and 90 years old), and the average time from a positive test result to death was five days. Ten of the deaths were in Bangkok, and four were in Chon Buri (4) and Samut Prakan (4).

Four patients stated that they did not have or were unaware of any pre-existing condition.

Health officials said all but seven of the cases were locally transmitted. Of the 1,884 local infections, 1,799 were confirmed among outpatients and 85 by mass testing.

The remaining seven cases were imported ones, Dr. Taweesilp confirmed.

Bangkok was again the province with the most new cases, reporting 739, followed by Samut Prakan with 142, Chon Buri with 126, Pathum Thani with 64, Chiang Mai with 61, Surat Thani with 52, Samut Sakhon with 46, Nakhon Si Thammarat with 46, Nonthaburi with 44 and Ranong with 33.

The seven imported cases were quarantined arrivals from India (2) and one each from Denmark, Singapore, Qatar, Italy, and Pakistan.

It is intended to accept bookings from around 16 million people.

Dr. Taweesilp acknowledged the problem and apologized on behalf of the team. Moreover, he reminded people that Line OA is only one of the registration channels as people can also book through hospitals and village health volunteers and that there will be other days to register.