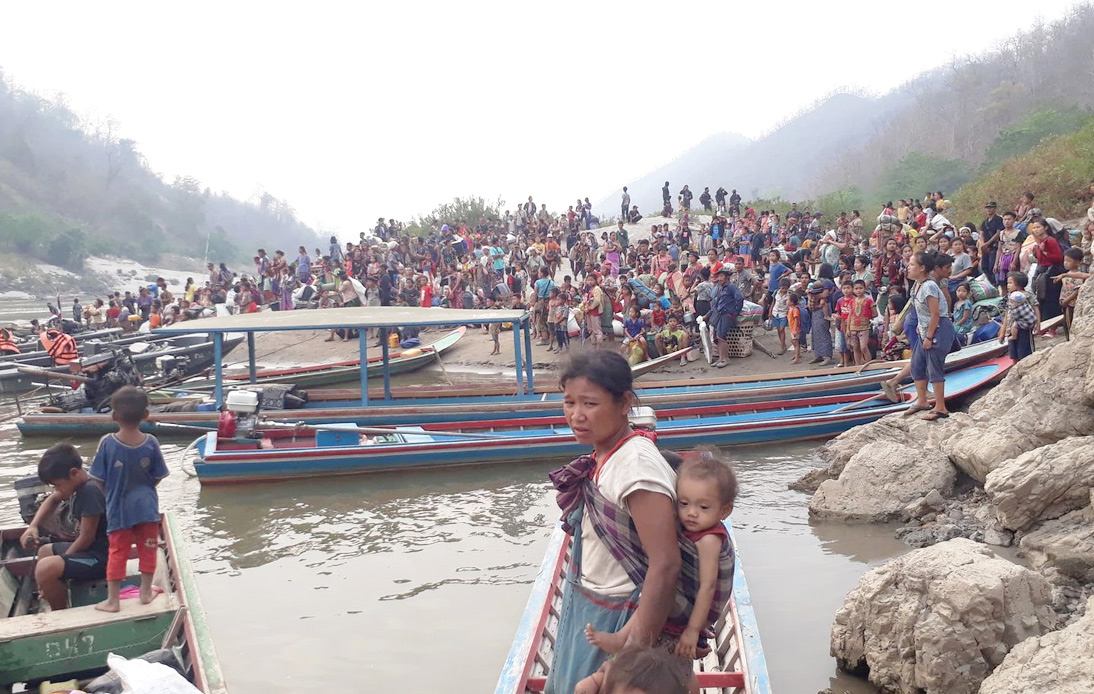 On Tuesday, Prime Minister Prayut Chan-o-cha said that Thailand would not deny entry to people fleeing the violence in Myanmar as the brutal crackdown on anti-coup protests intensified.

“Thailand will not turn them away. When they are in trouble, we will not deny them entry to our country,” Gen Prayut said.

The prime minister stated that the worsening situation in the neighboring country was forcing civilians to flee to the kingdom. Last week, the Myanmar military ordered airstrikes against the Karen National Union (KNU), causing an influx.

Reports indicated that approximately 3,000 people from Karen had fled across the border into Thailand.

Myanmar media reported that the air attacks began after the KNU joined the protests against the February 1 military coup. According to The Irrawaddy, KNU fighters blocked food deliveries to government soldiers in the Papum district of Kren state.

On Tuesday, more than a dozen people were cleared to cross Mae Sam Lap for medical treatment.

According to Gen Prayut, the government would send them back when the situation in the border country is deemed safe. Currently, Thailand hosts over 100,000 refugees from Myanmar in camps set up along the border.

But the numbers of people fleeing repression in Myanmar are higher.

Reports indicated that there were more than 400,000 refugees at the height of previous clashes along the mountainous border between armed ethnic groups fighting for independence and Burmese government troops.

He confirmed that Karen villagers who had fled across the border into Thai territory would not be deported. According to Thani, the Thai authorities would protect the refugees under humanitarian principles.

Thani added that reports that Burmese people would be sent back to the neighboring country were unreliable.

The Foreign Ministry spokesman also explained that Thailand is always ready to deal with refugees as it permanently monitored the border with Myanmar looking for clashes and trying to identify COVID-19 infections.