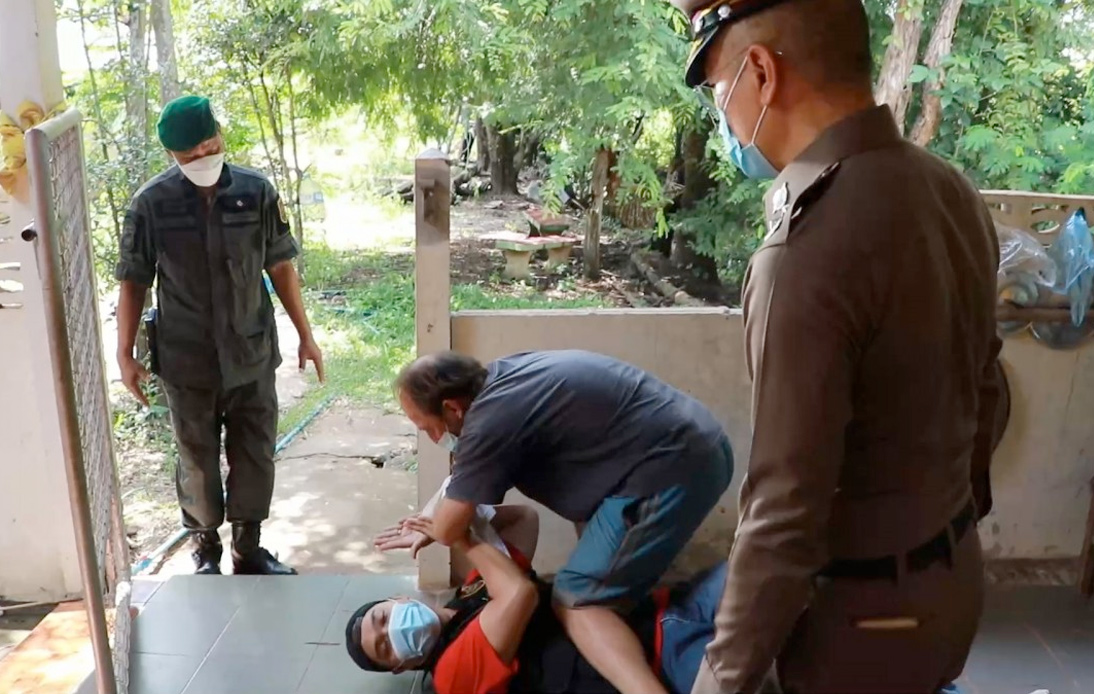 Police arrested a 63-year-old citizen at his Udon Thani home after he reportedly beat a suspected Thai thief to death.

Local media reported that Nakha Police Station’s officers responded to the incident report and rushed to the scene shortly after midnight on Sunday.

The victim, later identified as 53-year-old Sathien Chantarakhantri, was found dead in the home’s kitchen, police reports said, adding that he had bruises on his face, wounds and hands and feet tied with a rope.

Officers took the body to Udon Thani Hospital for an autopsy.

The house’s owner was identified only as Rudolf. Udon Thani police arrived at the scene, where he and his wife were, and he allegedly confessed to killing the man.

However, Rudolf claimed that he had only beaten and subdued Sathien, as he had no intention of killing him. He argued that his actions were in self-defense.

According to Rudolf’s statement, he was in his residence’s kitchen when the Thai citizen climbed over the house fence with a firearm. The alleged thief then approached him, pointed the gun at his head, and threatened him for money.

The house’s owner refused to comply with Sathien’s request and tried to disarm him. As they fought, a shot was fired from the alleged attacker’s weapon, but it missed, and Rudolf reportedly managed to subdue the intruder, kicking him and throwing the firearm away.

Rudolf said he had decided to tie up the alleged thief, as he feared the man would attack him again. The family stated that they had immediately notified the village chief and local police, but Sathien was dead when authorities arrived for an inspection.

Rudolf’s wife, whose name was also withheld, told Udon Thani officials that the victim had romantic feelings for her and had repeatedly tried to woo her, but she allegedly turned him down. The woman said she believed the rejection had led the victim to try to rob her husband.

Police officers also found a firearm near the scene.

The Swiss citizen was arrested and taken to Udon Thai Police Station. Police said he agreed to cooperate in the incident’s reenactment, as he insisted that his reaction was self-defense.