Third Terminal at Krabi Airport Expected To Open in October 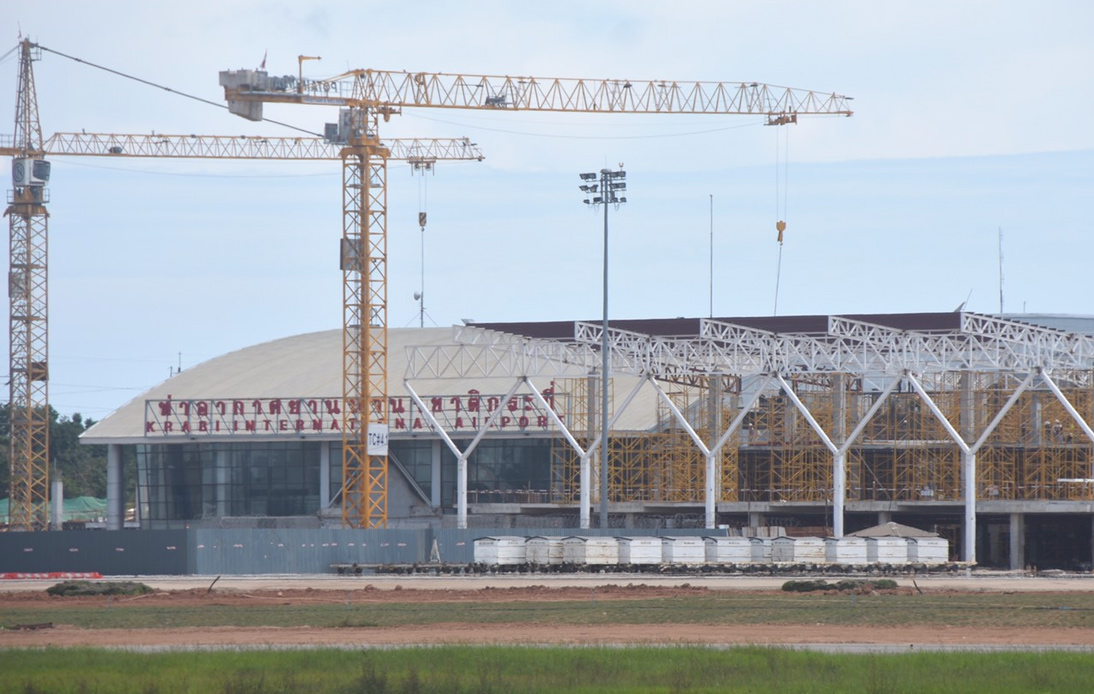 The Department of Airports (DoA) said a third terminal at Krabi Airport is expected to open in October with the purpose of doubling passenger handling capacity.

On Thursday, DoA deputy director-general Somkiat Maneesathit made an inspection tour of the airport, where he was briefed on several construction projects.

He has also inspected a newly constructed airport apron equipped with a lighting system that was completed on January 21st. Besides, he supervised the progress of a new runway at a cost of 941.9 million baht.

The contract for said construction runs until April 16, 2023.

The DoA explained that the new runway would be able to accommodate 24 aircraft per hour once the work is completed, that is, three times more than the current capacity per hour. The project is expected to finish on time for its planned opening.

The third terminal building is also under construction.

It has been announced that there would also be improvements to the first and second terminal buildings, as well as a parking building. These projects have an estimated value of 2.9 billion baht.

The third terminal is expected to be running in October.

Authorities plan to inaugurate it on time for the recovery of the travel and tourism sectors that have been greatly affected by the COVID-19 pandemic and for the peak season.

The terminal is intended to double the airport’s current handling capacity of 1,500 people per hour or 4 million people per year.

It was also announced that the new car park building would have space for 2,700 vehicles.

The department said it was confident the local aviation would continue its recovery.

Authorities expect the national vaccination program to speed up the industry’s recovery over the next six months. Today, around 120 roundtrip flights are operated across the country per day, double the lowest point on record.

The department also said that the number of passengers on domestic flights had increased each day to around 80% of the pre-pandemic number before the second wave of cases.