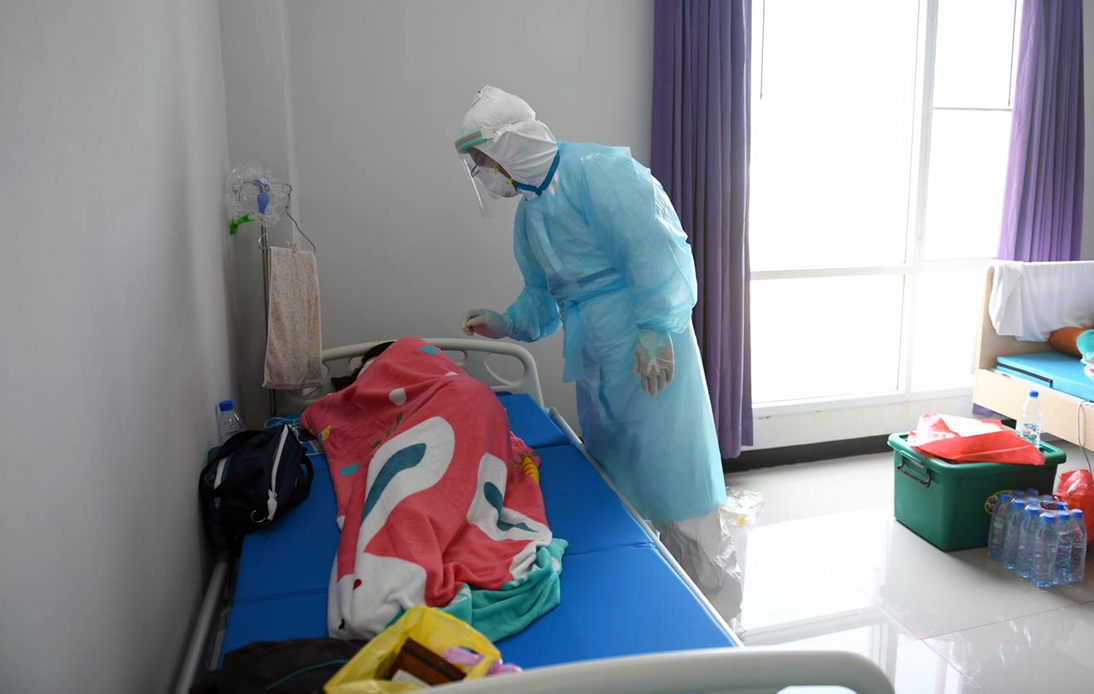 On Monday, authorities in Thailand reported three new coronavirus-related deaths and 1,394 new infections, all but six locally transmitted. Since the pandemic began in January last year, the kingdom has logged 104 fatalities and 43,742 cases.

Monday’s figure was significantly lower than Sunday’s record of 1,767 new infections, but it is not clear if it represents the beginning of a downward trend.

According to the Center for COVID-19 Situation Administration (CCSA), the new deaths included a 56-year-old man who died in the Prakhon Chai district of Buri Ram on Sunday. He had worked in a bar near Nana in the Sukhumvit area of Bangkok before visiting his home province during the Songkran holiday.

The second death was an 84-year-old woman who died on Friday after being in contact with her grandson, who worked at a nightspot on Ratchadaphisek Road and contracted the virus.

A 61-year-old woman was the third fatality. She died Sunday after testing positive for COVID-19 at a hospital in the Hua Hin district of Prachuap Khiri Khan. On the other hand, authorities said new infections confirmed Monday included 1,384 local transmissions and six imported cases.

Bangkok saw cases drop to 293 from 346 on Saturday and infections in Chon Buri plummeted to 98 from 229. However, transmissions in Chiang Mai jumped from 164 to 197, according to CCSA figures.

CCSA assistant spokeswoman Apisamai Srirangson urged people to keep their guard up as the drop was not necessarily the beginning of a downward trend.

“High number will come back if we are complacent,” she added. Previously, authorities had mentioned that they relied on travel restrictions and the work-from-home policy amid concerns that infections could increase after infected people visited their families during the Thai New Year period.

Ms. Apisamai referred to the man’s death in Buri Ram on Sunday as a warning, adding: “It is vital is to limit movement.”

Regarding imported cases, health officials said the group included an Indian who recently flew from India and five Thai nationals who arrived from Bahrain (2), Malaysia (2), and the United Arab Emirates (1).

Likewise, the Public Health Ministry said it expected the restrictions to reduce the novel coronavirus spread next month.