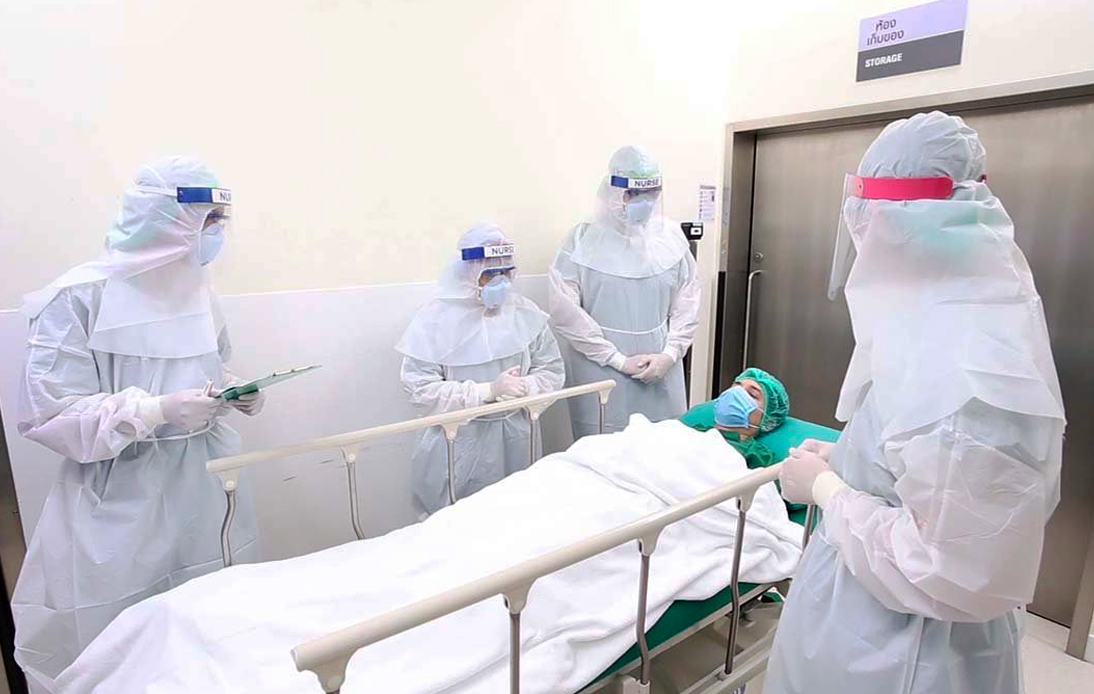 Thai authorities reported 1,458 new COVID-19 cases and two new deaths on Wednesday, bringing the death toll to 110 and total infections to 46,643 since the pandemic began.

Apisamai Srirangson, a spokeswoman for the Center for Covid-19 Situation Administration, gave more information on the country’s coronavirus situation yesterday.

She explained that the 109th death was a 56-year-old Thai woman, a Bangkok resident, who suffered from diabetes, hypertension, obesity, and chronic kidney failure. The woman developed symptoms, including a cough and fever, on April 30 before being tested for COVID-19 on April 13.

After testing positive the next day, she was admitted to the hospital last Saturday with breathing difficulties.

An X-ray showed that she had severe lung inflammation and died at 4:19 p.m. Monday after her respiratory system failed. The 110th death was a 32-year-old Thai man from the Nonthaburi province. He had allergies and was in contact with a COVID-19 case since April 4.

Dr. Apisamai said the man had a mild fever and cough with blood in his phlegm, a common symptom lately, and was admitted to the hospital on April 16 after attending the day before as he became fatigued.

He had severe lung inflammation and died after his health deteriorated on Monday.

Of the group of 1,458 new cases confirmed on Tuesday, 1,454 were local infections, and four were quarantined arrivals from Japan (two Japanese and one Thai) and Malaysia (one Thai woman). The local cases figure comprised 1,346 found in hospitals, and 108 were detected through massive testing in communities.

The group of infections detected in the capital also included 31 cases linked to entertainment venues, parties, concerts, and restaurants. Moreover, 250 were in contact with previously infected people.

This month, Bangkok has seen an increase in cases of 4,329, and the adjacent provinces totaled 2,656 infections, Dr. Apisamai said.

“Many new cases are people who were in contact with previously confirmed cases and this raises the number of infections among family members and the local community,” she said. Besides, authorities said 63% of the total cases had recovered, including 413 discharged in the last day.