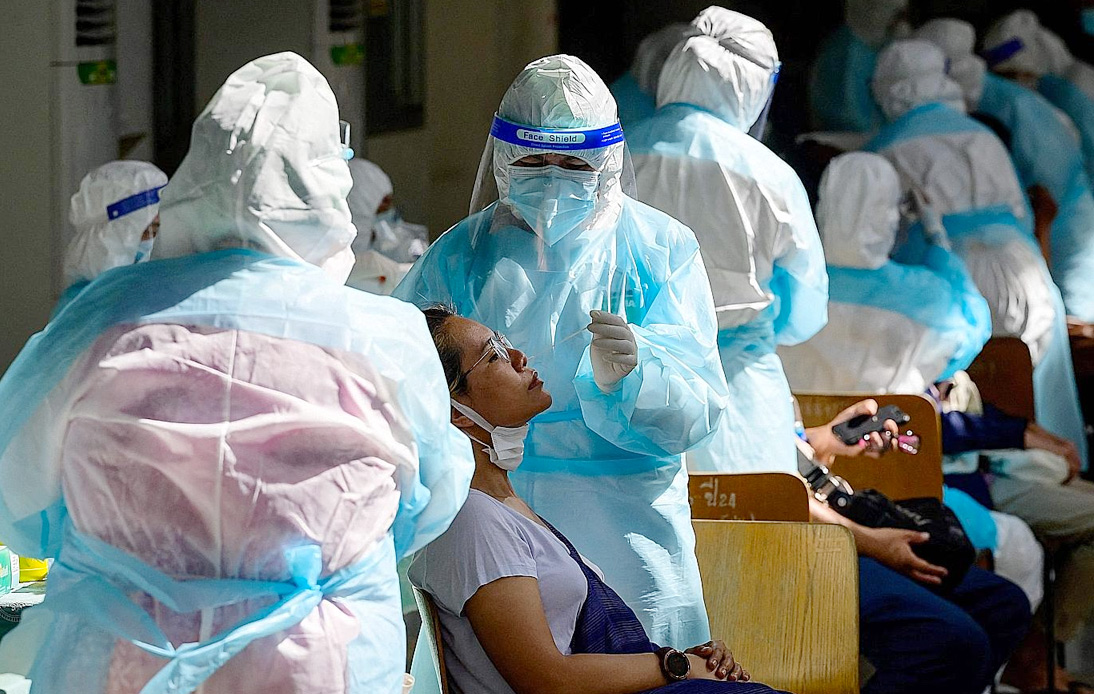 On Sunday, Thailand logged a new daily record for COVID-19 cases, with 1,767, bringing the accumulated total since the pandemic began to 42,352. All but two infections were locally transmitted.

The Center for COVID-19 Situation Administration (CSSA) spokesman Taweesilp Visanuyothin said one of the deaths was a 54-year-old monk who suffered from multiple illnesses and tested positive after his death on Monday in Bangkok.

The other death was a 70-year-old woman who died Saturday after testing positive when she was admitted to a hospital on Monday.

Chon Buri and Samut Prakan logged twice as many cases as on Saturday.

The number of patients since the third wave of the virus began earlier this month, mainly in nightspots, has reached 13,489. Most of them are in Bangkok, Nonthaburi, and other central provinces.

Dr. Taweesilp said that a new cluster at a private school in Samut Prakan was a particular concern.

The hotspot apparently originated from two foreign professors who visited entertainment venues in Phuket between April 2-4 and then attended a farewell party on April 8. A day later, they tested positive for COVID-19, and subsequent tests at the school detected the virus in 23 students and four of their family members.

Authorities reported that the two imported cases were arrivals from Canada and Pakistan.

Meanwhile, after confirming that the third wave of cases in Thailand had reached all 77 provinces, the Interior Ministry said 44 provinces had imposed restrictions on new arrivals as part of their efforts to contain the novel coronavirus spread.

Provinces that impose self-quarantine and other requirements on travelers include Chiang Mai, Kamphaeng Phet, Lampang, Lamphun, Yaya, Phayao, and Phetchabun.

In the south, the provinces that agreed to impose new regulations on travelers are Chumphon, Nakhon Si Thammarat, Narathiwat, Pattani, Phangnga, Ranong, Satun, Songkhla, and Trang.