Two Week Quarantine May Be Waived for Vaccinated Tourists 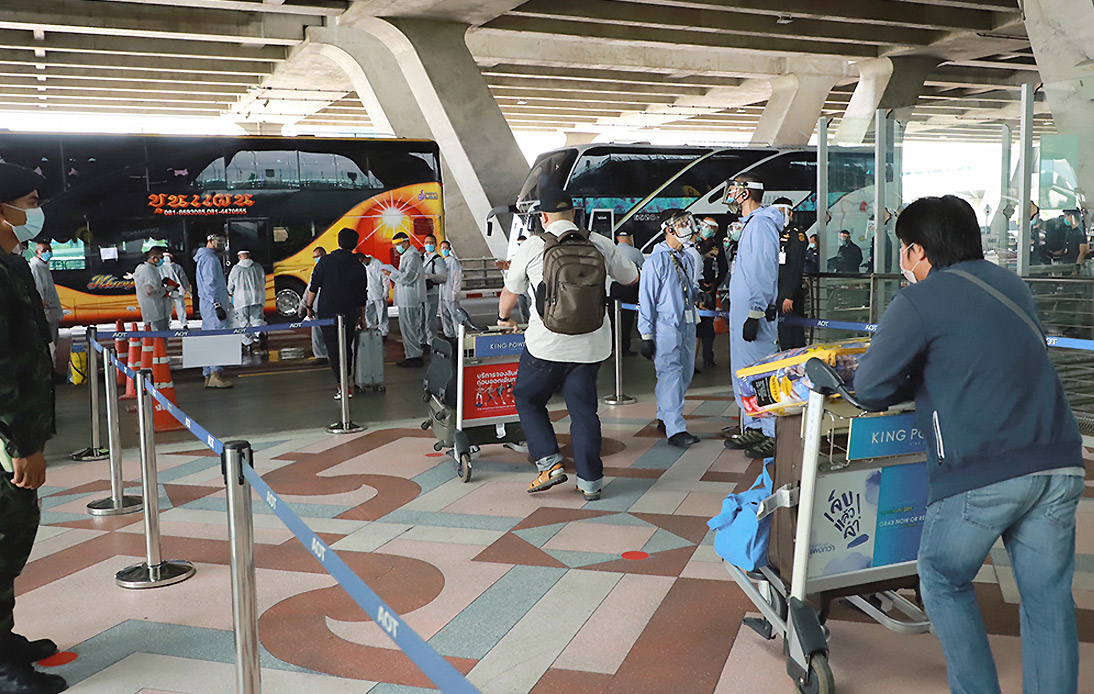 In an attempt to revive the tourism industry hit hard by the coronavirus pandemic, Thailand considers scrapping its mandatory two-week quarantine for foreign visitors who have received the COVID-19 vaccine.

He has said that his government would consider allowing visitors to skip the quarantine if they can produce a vaccination certificate.

Besides, Gen Prayut said that authorities would develop a plan to track tourists during their stay in the country.

Easing restrictions for tourists represents a change in the government’s stance.

Due to a lack of evidence on vaccines’ effectiveness in preventing COVID-19, Thailand insisted for months that all visitors must undergo quarantine of at least 14 days to avoid transmission of the virus.

However, the country has announced the start of mass vaccination and has managed to control the second outbreak detected at the end of last year.

If the measure to waive the quarantine is approved and implemented, Thailand’s tourism sector could start to recover. It contributed around a fifth of the kingdom’s economy before the pandemic, but the health crisis caused huge losses.

“If this goes ahead as planned, it will be a big boost to tourism and economy,” Nattaporn Triratanasirikul, an economist at Kasikorn Research Center in Bangkok, said

He also said that the government may need to weigh health concerns, adding that “There is still a very high uncertainty on the economic outlook this year, pending all the issues related to the outbreak from local infections, vaccine rollouts, and border reopening plan.”

Meanwhile, Governor of the Bank of Thailand Sethaput Suthiwartnarueput said it would be challenging for the economy to return to pre-pandemic levels without tourism.

“The economy, which shrank the most since 1998 last year, will expand this year at somewhat a lower rate than the central bank’s December projection of 3.2%,” he explained.

However, strict quarantine rules and a long list of requirements have kept most of the visitors authorized to enter the country away.

It led the local industry to repeatedly demand to relax the quarantine rules to attract tourists from some countries such as China, Singapore, and the United Kingdom, where vaccination began.