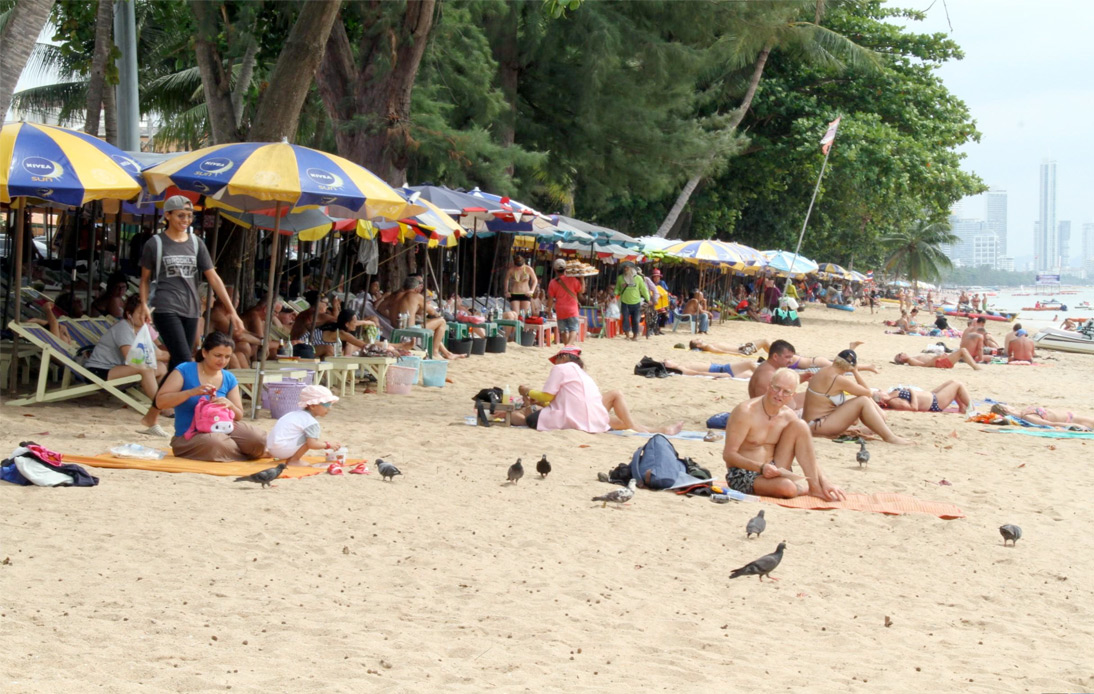 The shelling of Russian troops against Ukraine will have repercussions in Thailand, impacting tourism businesses in Phuket and Pattaya, popular travel destinations among visitors from both countries.

Pandemic-hit tour operators had expected a spike in visitors from Russia and Ukraine in the coming months, as the government stepped up efforts to attract international travelers.

Tourists from both countries have long contributed to local economies. Russians make up the highest arrival figures in Phuket since the province reopened to foreign visitors in November 2021.

However, the Russian-Ukrainian military tension is likely to disrupt tourism in all countries worldwide.

According to Pattaya Business and Tourism Association (PBTA)’s president Bhunanan Patanasin, several hotels have urged authorities to focus on the Russian market in their tourism promotion campaigns, as Russian and Ukrainian visitors have been the region’s tourism sector mainstays. Therefore, the conflict between Russia and Ukraine will likely hurt tourism agencies and hotels.

Pisit Puapan, executive director of the Fiscal Policy Office’s macroeconomic policy, stated that Russian travelers’ absence could cost Thailand about 35.95 billion baht in potential revenue, around 0.2% of the GDP.

“People’s travel confidence will take a battering. They might wait and see how the situation unfolds and put off traveling. Economic sanctions (on Russia) could result in fewer people going places and taking leisure trips,” Mr. Kongsak added.

In response to the Ukraine invasion, the United States, the European Union and their allies have imposed sanctions on Russia and its leaders, including freezing Russian banks’ assets, a ban on exporting materials for Russian oil refineries, curtailing high technology imports to prevent Russia’s military expansion and more. Such strict measures have also affected the global economy and other Thai sectors.

Thai consumers had faced rising oil prices before the Russian attack on Ukraine. The government cut excise tax on diesel as part of its efforts to keep retail prices below 30 baht per liter.

But the war made matters worse, sending world oil prices above $100 per barrel. Furthermore, prices could rise further if the West bans Russian oil imports as expected, as Russia produces around 10-11% of the world’s output.

Furthermore, Nouriel Roubini, the well-known economist who predicted the “hamburger crisis” in 2008, said the attack on Ukraine could intensify conflicts between the world’s superpowers. “In terms of the economy, a global stagflationary recession is now highly likely,” he stated.

Tensions between superpowers (China, Russia, the United States and the West, North Korea, and Iran) could further affect growth and further increase inflation.