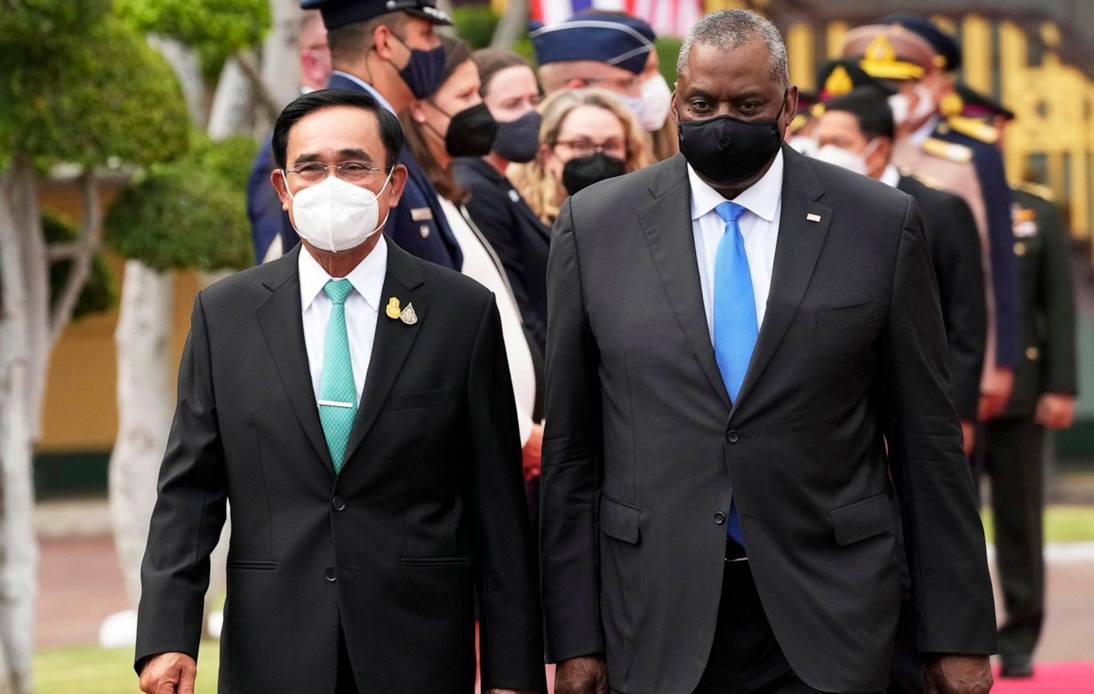 After attending the Shangri-La Dialogue (SLD) in Singapore from June 10-12, regarded as a top security meeting in the Asia-Pacific region, Gen Austin visited Thailand and highlighted the kingdom’s importance for bilateral collective security.

The US Defense Secretary spoke of Thailand-US’s soldier-to-soldier and people-to-people ties, citing shared security challenges and promising to develop interoperability through joint training in maritime security, military medicine, and deterrence. He added that he was keen to discuss urgent regional concerns, such as the rising tensions in the South China Sea.

The White House stated that the initiative started with a dozen initial partners that account for 40 percent of global GDP, including Australia, Brunei, India, Indonesia, Japan, the Republic of Korea, Malaysia, New Zealand, the Philippines, Singapore, Thailand, and Vietnam.

According to the White House, the United States is an Indo-Pacific economic power. Therefore, strengthening US economic leadership in the region could benefit locals, US workers, and businesses.

With the IPEF, the US and its allies in the Asian-Pacific would focus on four key pillars that reaffirm the United States’ commitment to the region: the connected economy, the clean economy, the resilient economy, and the fair economy.

Several political scientists and security analysts stated that the IPEF is part of the US’s efforts to counterbalance economic and security influences in the region.

They have also warned Thailand about the Russia-Ukraine conflict forcing countries to choose sides, saying the government must play its cards right and keep the right balance amid the fragile global diplomatic climate to avoid getting caught amid the conflict.

According to Piti Srisangnam, head of academic affairs at Chulalongkorn University’s Asean Studies Center, the US is cozying up to Asean in order to keep China’s influence at bay.

Given Thailand’s strategic importance in the Asean region, it’s no surprise that the US Defense Secretary and other senior military authorities have visited Thailand.

The US’ ultimate strategic goal is to limit China’s influence in order to maintain its own regional position, he went on.