US Officials Pledge To Supply More Vaccines to Thailand 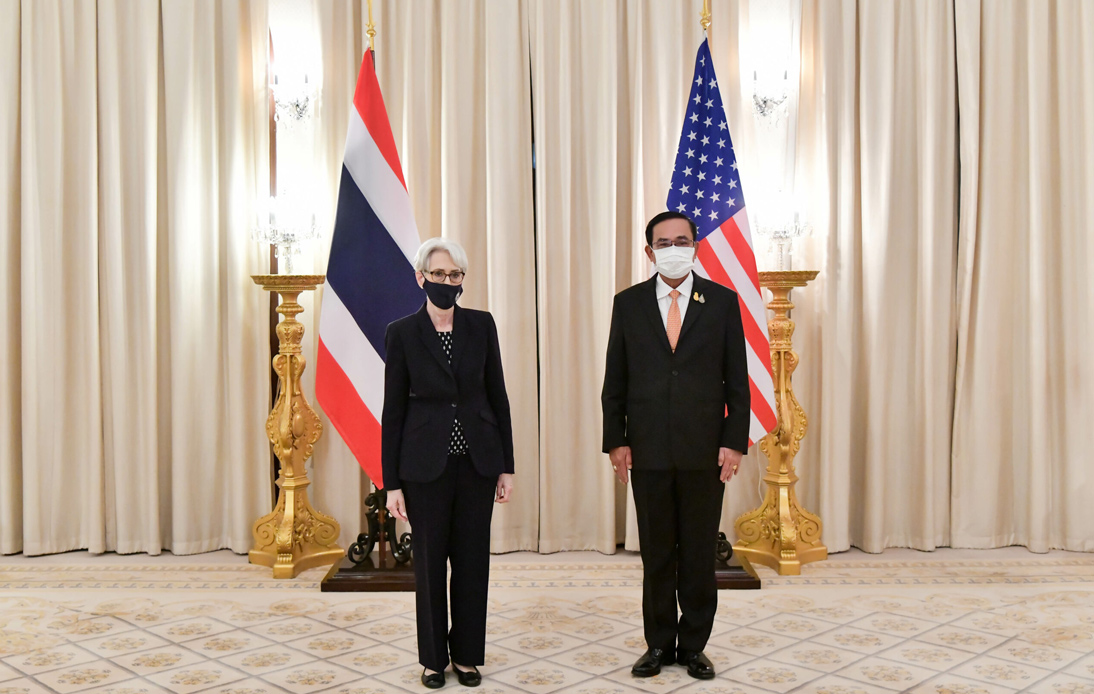 US Deputy Secretary of State Wendy Sherman vowed to increase Thailand’s access to COVID-19 jabs during her visit to the kingdom.

At her meeting with Prime Minister Prayut Chan-o-cha, Ms. Sherman said the United States government had plans to send vaccines to other countries to help them overcome the coronavirus pandemic. Therefore, American authorities were ready to offer Thailand access to the shots, she stated.

Gen Prayut expressed gratitude for Ms. Sherman’s offer, saying the national government was pleased to get the support and would begin a vaccine import process.

Meanwhile, a group of prominent US citizens in Thailand sent an open letter to the US Deputy Secretary of State, requesting American officials to arrange COVID-19 vaccines for expatriates.

“Don’t abandon us!” the letter read.

They said: “The US continues to have a growing vaccine surplus, yet many Americans abroad are still without access to vaccines and their lives are at risk.”

The third wave of coronavirus is the most potent to date, with Thailand recording a daily average of nearly 3,800 new cases and 34 deaths each day over the past week. However, the kingdom’s vaccine rollout has been slow, raising concerns about the spread of the virus and the emergence of new clusters.

The United States has vaccinated more than half of its population with at least one vaccine dose, but Thailand’s figure did not reach 4% at the end of May.

The letter mentioned the US vaccine donation to Thailand, saying: “We urge that any agreement include enough donated vaccines to cover all American citizens residing in the country. The Chinese government has agreed to a similar arrangement with Thailand for its citizens as part of its vaccine donation program.”

Besides, it pointed out that the US required its citizens to pay taxes regardless of where they lived, unlike other countries.

“Overseas Americans should be afforded the same taxpayer-funded vaccines that Americans in the US are receiving now, to full President Biden’s commitment that every American is eligible for a vaccination provided by the US government,” the letter stated.