Vaccinations Fast-Tracked Ahead of Tourism’s Re-Opening 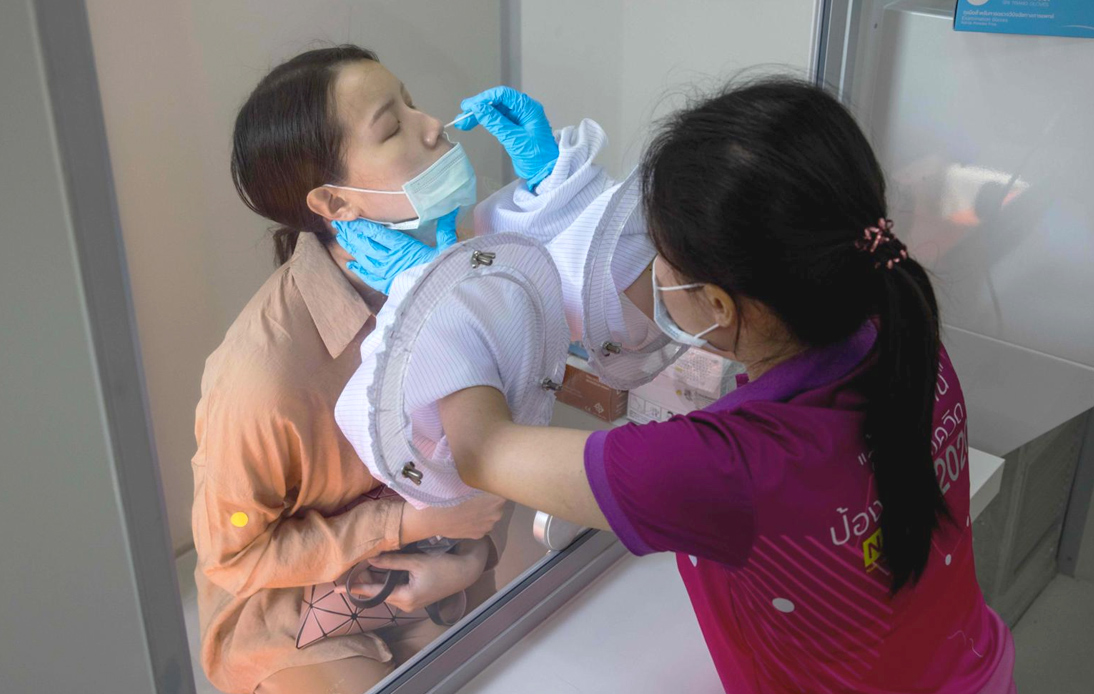 The Public Health Ministry has accelerated the rollout of the vaccination programs in Phuket and Koh Sumai to immunize local people before the anticipated return of foreign visitors in July.

In response, Public Health Minister Anutin Charnvirakul said the request would likely be approved as the government had ordered 5 million doses to arrive by mid-year and 10 million more each month after that batch.

According to Mr. Anutin, Thailand will have enough doses, and there could be more than a million doses in the country next month if they can secure more shots.

The latest batch of 800,000 doses of the Sinovac vaccine were assigned to provinces at risk of increased contagion, such as Samut Sakhon and other tourist areas, the minister said. However, he assured that Phuket and Koh Samui would receive 100,000 and 50,000, respectively.

He stated that the distribution of the shots is in line with an epidemiological practice.

Mr. Anutin explained that the shots would go first to the economic and tourist centers to boost Thailand’s economy. He also added that one million doses would be assigned to the armed forces.

Nonetheless, he was unable to confirm whether Thailand would reopen to travelers on July 1 as expected.

The minister also spoke about the COVID-19 measures that the authorities could take concerning the Songkran festival. He said the Center for COVID-19 Situation Administration (CCSA) had not yet fully defined the restrictions.

But he assured that the situation was under control despite the new groups registered in Bangkok and Samut Prakan.

On Koh Samui, district chief Theerapong Chuaychu, who is in charge of the disease control center, said foreign visitors had to comply with a quarantine period under the Samui Sealed Route Model.

Arrivals will be transported from the airport to the quarantine hotels in a closed system.

He also said that tourists have to undergo a swab test two or three days after arriving in the country. They must stay in their room until they get the results, which usually take three hours.

“If they test negative, tourists will be allowed to travel in areas designated by the Samui district disease control center,” Theerapong Chuaychu said.

Tourists will be tested a second time on the seventh day and can tour the island and visit Koh Phangan and Koh Tao if their test returns negative. After two weeks, they will be allowed to travel to other provinces.

Samui will be the first area of the country to receive tourists. According to the Tourism Association of Koh Samui, a Bangkok Airways flight will transport travelers from Singapore to the tourist destination on July 1.