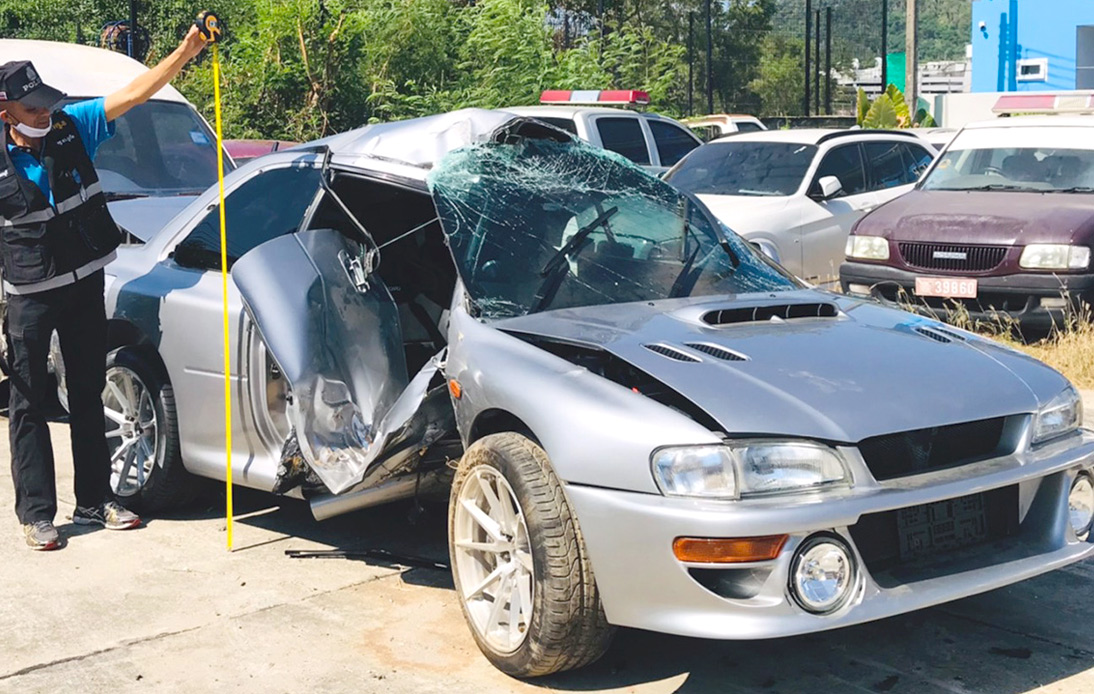 Vorasit “Pla Wan” Issara, 40-year-old owner of the 5-star Sri Panwa Phuket hotel, was rushed to the hospital after being seriously injured in a car accident. However, Vachira Phuket Hospital Director Dr. Chalermpong Sukonthapol said on Monday evening that a CT scan found no blood clots, indicating that Mr. Vorasit’s condition had improved.

On Sunday night, Dr. Chalermpong said Mr. Vorasit was in an intensive care unit and was being treated for a brain injury.

“It has been found that there has been no blood congestion in Mr. Vorasit’s brain. If there are no serious effects, he can be discharged from the ICU,” Dr. Chalermpong told reporters a day after.

Dr. Chalermpong did not give another description of his condition. Besides, the police have not yet issued any standard report on the accident where the famous businessman was injured.

It has also not been confirmed whether Mr. Vorasit underwent alcohol testing.

Capt. Chatri Chuwichian of the Wichit Police, the officer at the accident scene, gave some basic explanations about the car crash and said that the police would continue their investigations but did not offer any further details.

He said that the accident occurred in front of the Ban Ao Nam Bo School around 7:00 p.m.

It was later known that the car ended up nose-down in a ditch, and Mr. Vorasit was trapped in the rubble. Rescuers from the Kusoltham Phuket Foundation used a hydraulic jack in an hour-long operation to free him.

Mr. Vorasit was seriously injured and was promptly admitted to Vachira Phuket Hospital.

Local resident and retired police officer Yuttapong Changlek explained to the press that the curve where the crash occurred had been the scene of many accidents.

“This time, the accident victim is a famous person, so this has become very popular news which has now forced agencies to look at the road and take action to make the road safer,” he said. Mr. Yuttapong also added that the road is not safe to drive at high speed as it is very bumpy along the area where it curves.

“Officers should have come to inspect the road and fixed it earlier, not only after an accident occurs that affects a famous person,” he went on.