Water Fights Not Allowed at This Year’s Songkran 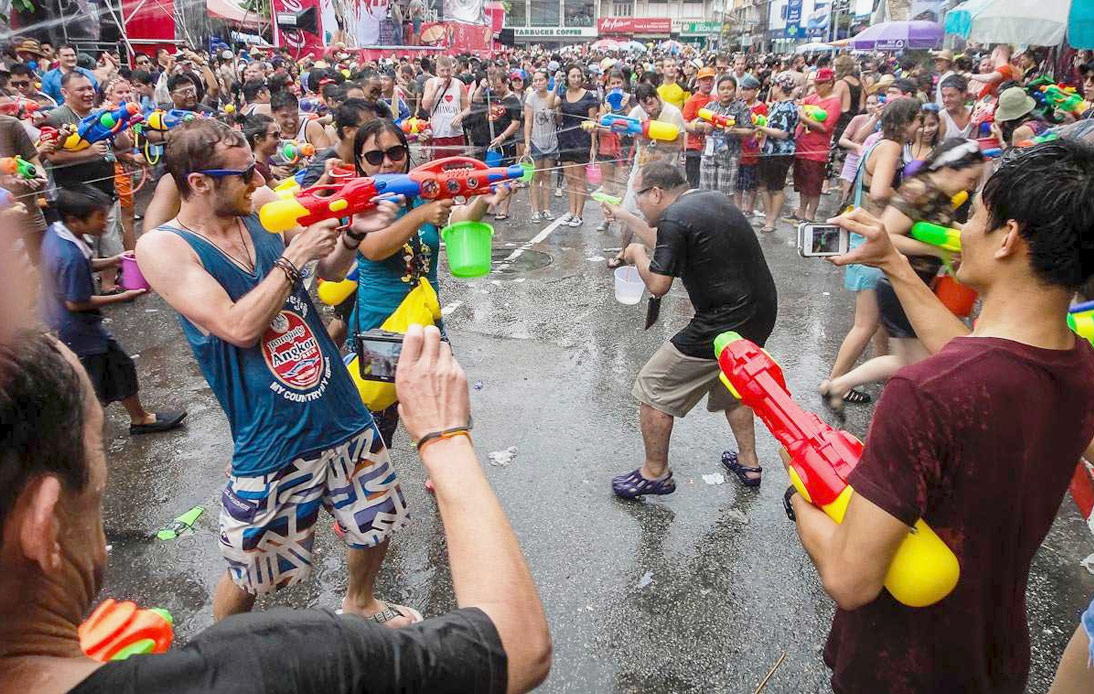 The COVID-19 task force announced on Friday that Thai authorities would not allow street water fights during the Songkran festival for the second year in a row amid fears over the spread of COVID-19.

This year’s Songkran festival will take place April 12-15, preceded by a weekend.

Before the pandemic, wild street battles with water guns and dropping water from pickup trucks were traditional festival customs. It has been considered to be the largest water fight in the world.

However, restrictions due to the health crisis caused its suspension last year.

Taweesilp Visanuyothin, spokesman for the Center for Covid-19 Situation Administration, said on Friday: “Water splashing will not happen this Songkran. We must ask you to cooperate with us.”

He said that foam parties were also banned.

However, the tradition of pouring water into the hands of the elderly, religious activities, and trips between provinces to visit other relatives would be maintained.

After a new wave of infections that hit the nation late last year and in the early months of 2021, it managed to recover and stabilize. Since the World Health Organization (WHO) declared the novel coronavirus a global pandemic, Thailand has recorded only 90 deaths.

Industry revenue fell more than 80% as the number of visitors plunged from 40 million in 2019 to 6.7 million last year before the country closed to foreigners.

The global launch of successful vaccines, such as those from Pfizer and AstraZeneca, has raised hope that tourism may revive.

Thailand’s economy is highly dependent on income from the tourism sector. On Friday, Dr. Taweelsip elaborated on the government’s plan to relax strict quarantine rules starting next month.

He said the mandatory quarantine would be reduced from 14 to 10 days for most people and halved for those vaccinated.

Previously, authorities developed other strategies such as quarantine on golf courses and yachts to attract tourists. Dr. Taweesilp assured that the quarantine facilities of various forms would remain operative from April 1 to September 30.

Subsequently, other actions will be taken, such as close observation devices’ use and bubble and seal measures in crowded places.