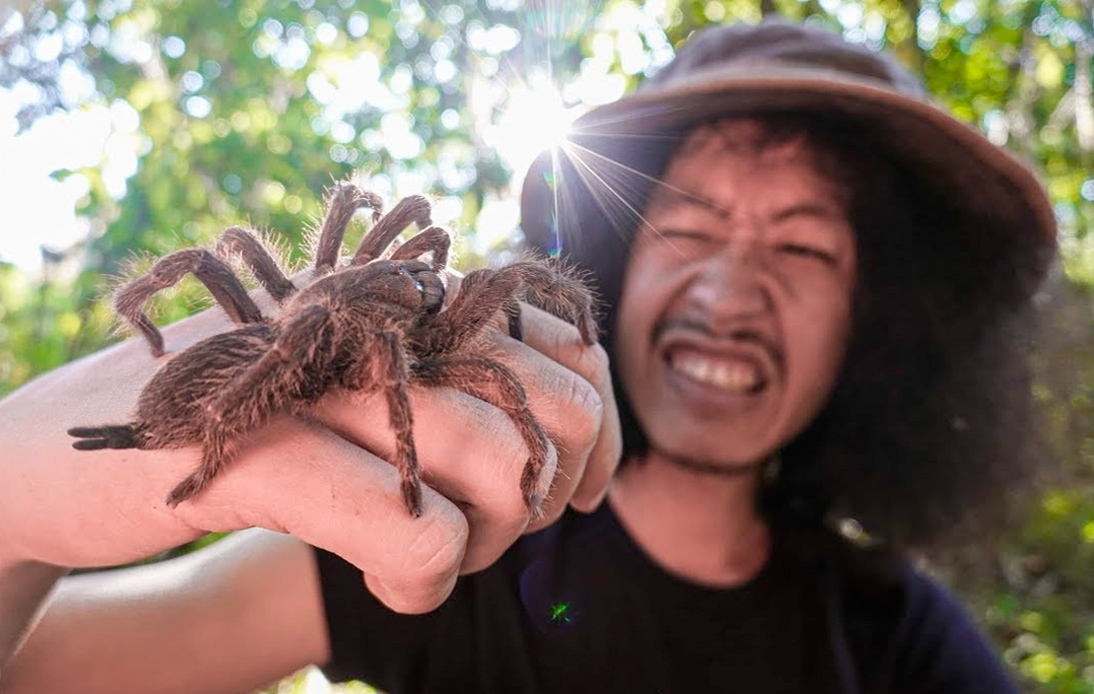 Thai YouTuber and wildlife enthusiast JoCho Sippawat has surprised scientists with his recent find: he has discovered a type of tarantula previously unknown in Thailand that lives in bamboo plants’ hollowed stems.

Narin Chomphuphuang, a researcher at Khon Kaen University’s department of entomology and plant pathology in Thailand, wrote a blog about the recent discovery and said: “These animals are truly remarkable; they are the first known tarantulas ever with a bamboo-based ecology.”

Sippawat, who has amassed over 2.5 million subscribers on YouTube, first saw the tarantula during a trip to a forest near his residence in Mae Tho, Mueng Tal district, in northeastern Tak province, the researcher said.

The internet personality, who constantly shows his enthusiasm for wildlife in his videos, sent an image of the spider to Chomphuphuang. The arachnologist scientist thought it was a new species.

After a field trip to study the creature, experts officially declared it a new tarantula to science. A new genus and species, Taksinus bambus, was defined in honor of the 18th-century Thai King Taksin the Great.

Tarantulas from the Southeast Asian region usually live on the ground or in trees but are rarely found on a specific plant as they tend to spend time in different types of vegetation. The Taksinus bambus is the first tarantula to live exclusively on a specific plant and is the only tree-dwelling species living in Thailand, the study showed.

But Chomphuphuang said that bamboo plants offered many advantages as a home for such spiders. The moisture from the bamboo benefits the tarantulas by helping them maintain their temperature while molting or shedding their exoskeleton.

Chomphuphuang later told a press release that scientists had examined all the trees in the area where the tarantula was discovered. They concluded that “this species is unique because it is associated with bamboo, and we have never observed this tarantula species in any other plant.”

He also stated that few people knew about the extensive undocumented wildlife in Thailand. However, the primary mission of Khon Kaen University’s department of entomology and plant pathology is to study and save the biodiversity and wildlife found in these forests, particularly species-specific microhabitats, from extinction, he stated.

After informing people about the newly discovered species and its locality, the forest area should be managed and protected for wildlife, Chomphuphuang added.