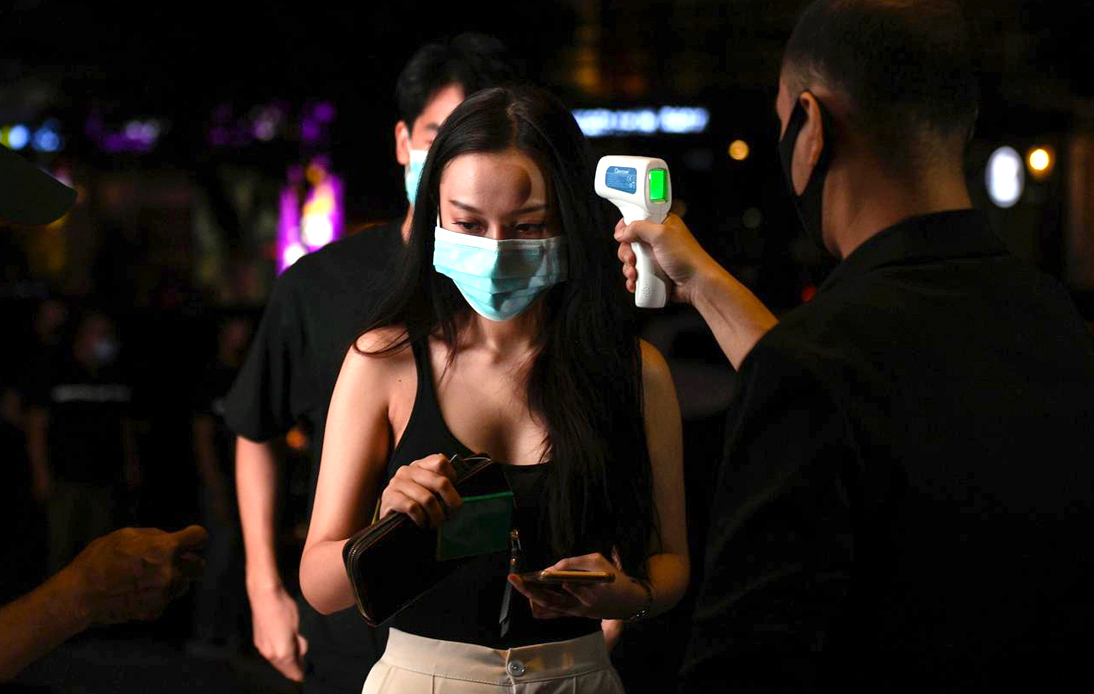 After much debate and delay, the nightlife venues of Thailand have finally reopened. On Wednesday, large volumes of people flocked to the Bangkok’s red-light districts, where they enjoyed watching the performers who wore facemasks as well as their regular bikinis.

Nightlife venues remained closed for over three months due to the pandemic.

Since Thailand has not reported any cases of local transmission in the last 37 days, the authorities have finally allowed bars, karaoke venues, and massage parlors to reopen, provided they follow strict measures for safety.

Nightlife were some of the last businesses to be given the permit to reopen, allowing several thousands of people working in the industry to finally return to their jobs.

“I’m glad that I can come back to work in a job that I’m good at. I’m OK with the mask because it’s one of the precautions.”

It is mandatory for each customer to have their temperature checked. They must also provide their name and telephone number. The customers are also expected to be seated one meter away from each other and two meters away from the stage, inside the venue.

“You can take a BTS (train) in the morning with 200 people on a packed train but then you can come into a bar and still have to sit 2 meters apart,” British expatriate Michael Theo wondered.

Public places in the country were reopened gradually and in a staggered manner. Schools were one of the places that reopened on Wednesday.

The country recorded only 3,173 infections and 58 deaths since the onset of the pandemic, which is a low number in comparison to many other countries.

However, the country’s economy is estimated to plummet even more than other countries in Southeast Asia as there will be a decrease in the number of foreign tourists.