The King Publicly Refers to Protesters for the First Time 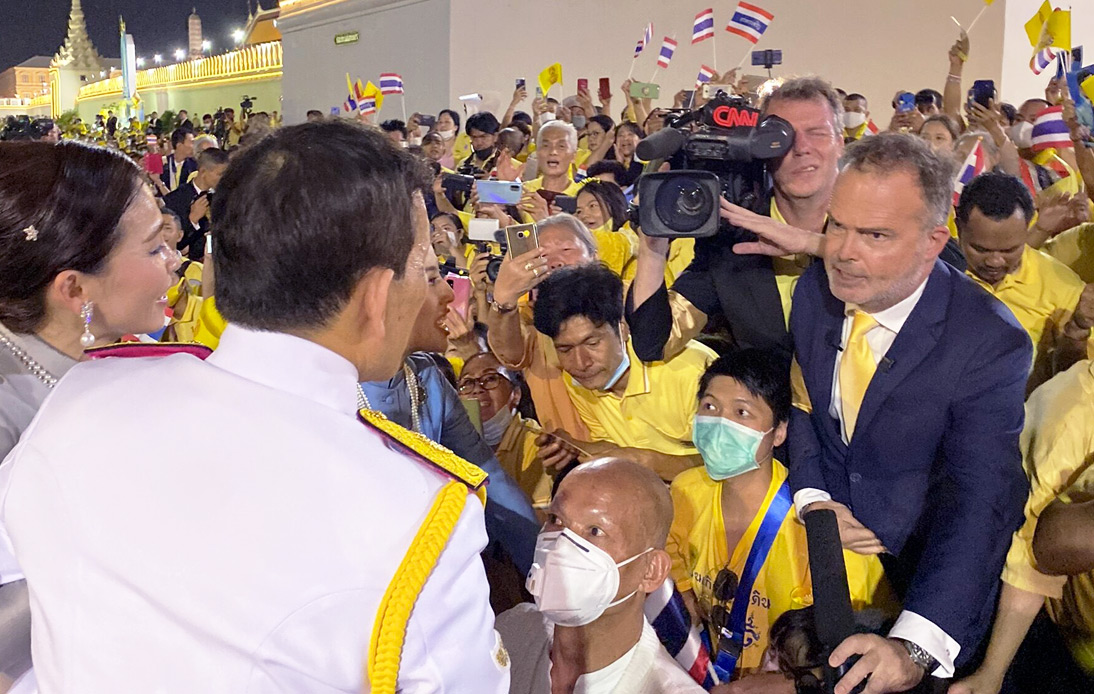 His Majesty the King called Thailand a “land of compromise” in an unprecedented event this Sunday, where he referred to political protesters for the first time.

The Monarch declared his love for all Thais alike after months of protests calling for the political and monarchy reform.

On Sunday, thousands of yellow-clad royalists waited near the Grand Palace to show their devotion for the Royal Family. They were clutching portraits of Their Majesties the King and Queen.

Attempting to walk through the crowd, His Majesty was stopped by a reporter from CNN who asked him about anti-government protesters and their rallies across the country in recent weeks.

The reporter was part of an audience of international media invited to sit among a crowd of followers.

Also, when asked if there is room for compromise, King Vajiralongkorn said: “Thailand is the land of compromise.”

As His Majesty the King moved through the enormous crowd, the royalists chanted: “We will live loyally, die faithfully,” and “Long live the King.”

The Monarch has been in Thailand for the past few weeks to mark a Buddhist holiday and the anniversary of HM King Bhumibol’s passing.

On Sunday, he had been presiding over a ceremony to change the Emerald Buddha costume in Bangkok before returning to greet a crowd of supporters in what was the second time he has interacted with supporters during his three-week visit to Thailand.

The King’s visit has coincided with the uninterrupted demonstrations of activists calling, among other things, for the reform of the monarchy.

The group, made up mostly of young people, has organized demonstrations that have drawn thousands of people to the busiest intersections in Bangkok as an act of defiance.

Many of its leaders are in detention, but supporters of anti-government movements remain united in the fight for the removal of Prime Minister Prayut Chan-o-cha.

This brief but frank exchange, including access to foreign media, appears to be a move to improve the image of the Monarch to a broader international audience.

That was the first time the country’s Head of State had spoken to the international media since 1979, when he was still the Crown Prince.