Trump Returns to Work After Testing Positive for COVID-19 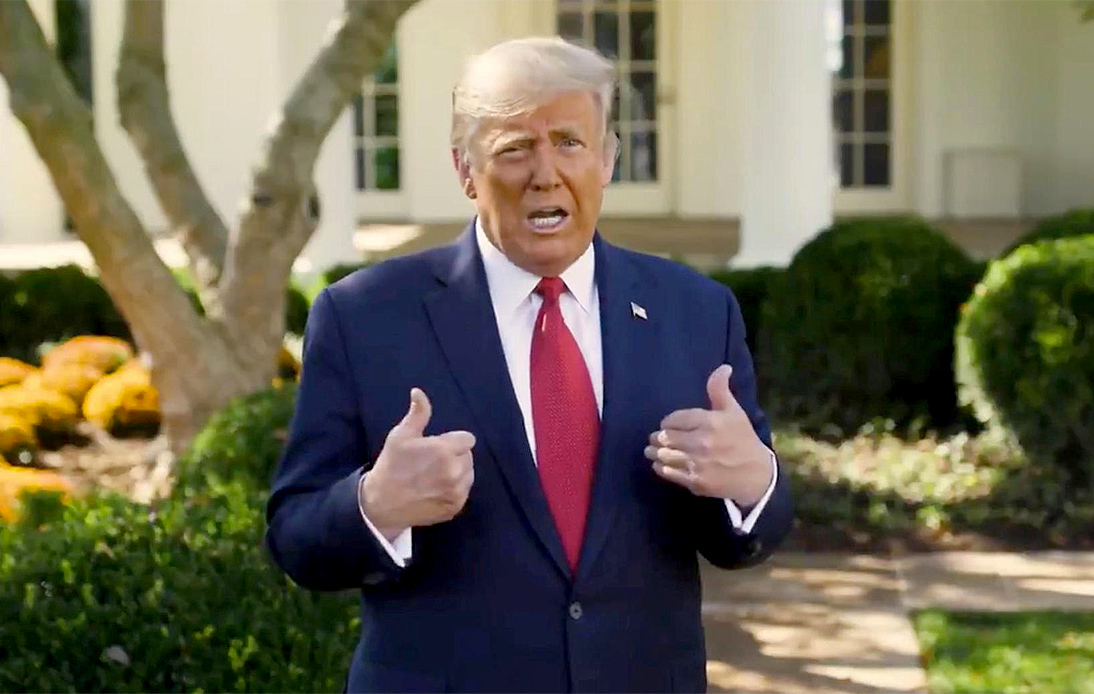 Sean Conley, Trump’s doctor, said the president had no symptoms of COVID-19 for more than 24 hours, and his fever has disappeared for the past four days. That is why he has decided to return to the Oval Office, where he is not only working but has also held informational meetings.

It comes less than a week after Donald Trump and his wife were diagnosed with COVID-19, and after the president received medical care at Walter Reed National Military Medical Center.

In a video he posted Wednesday, Trump said he felt great. Besides, he expressed: “I think this was a blessing from God.”

He also stated that he wants all Americans to have access to the treatments he received.

Dr. Conley stated that Trump had received a cocktail of experimental antibodies intended to alleviate the symptoms of the disease. In this sense, the president affirmed that this cocktail had been a cure rather than a therapeutic measure.

A MESSAGE FROM THE PRESIDENT! pic.twitter.com/uhLIcknAjT

“This was a blessing in disguise – I caught it, I heard about this drug, I said let me take it and it was incredible,” Trump said. Moreover, he said he is committed to seeking emergency use authorizations for these drugs.

This drug belongs to Regeneron Pharmaceuticals, and, according to the president’s statements, there are hundreds of thousands of doses ready. Besides, he promised that he would provide the drugs produced by this company free of charge.

Dr. Conley claimed that the president had not needed supplemental oxygen since he was transferred to the hospital on Friday.

Earlier, the doctor commented that he did not have an exact date to discharge the president, but Trump was able to return to work on Monday.

The White House has also taken security measures after Trump’s return, and because another aide also has COVID-19.

“His physical exam and vital signs, including oxygen saturation and respiratory rate, remain stable and in a normal range,” Conley said. Furthermore, he reported that Trump labs demonstrated detectable levels of SARS-CoV-2-IgG antibodies on Monday, October 5.