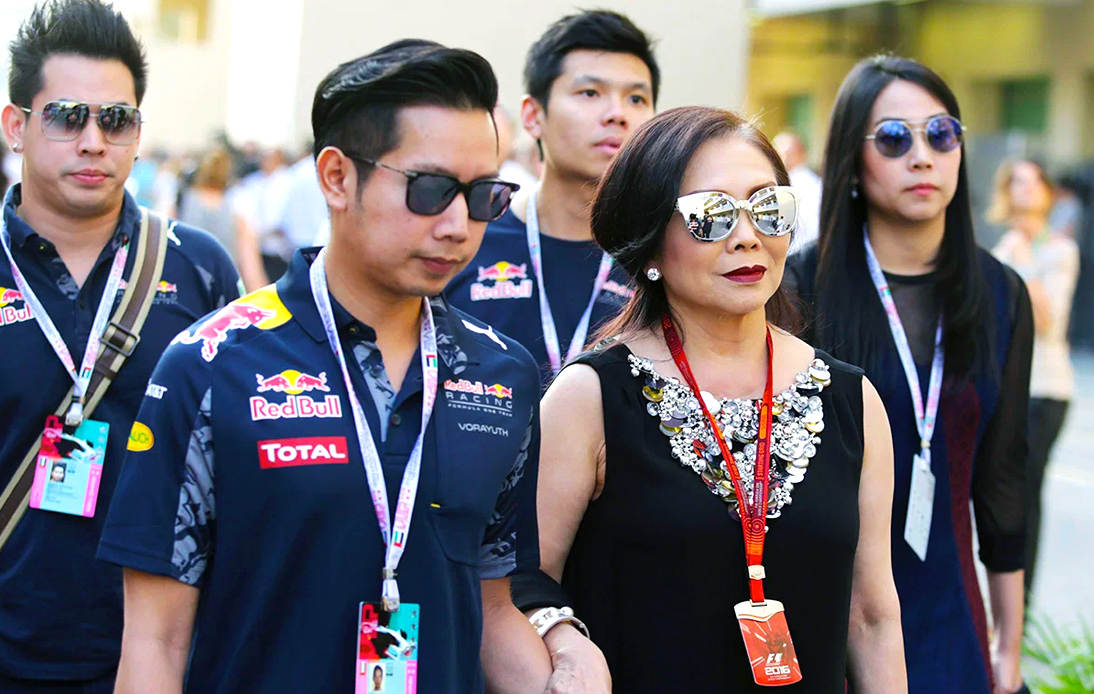 Interpol issued a red notice to arrest the fugitive heir to the Red Bull billions for a fatal hit and run, police announced on Sunday.

The move by the The International Criminal Police Organization is the latest in the saga of years surrounding Vorayuth “Boss” Yoovidhya.

In 2012, Yoovidhya crashed his Ferrari, killing Pol Snr Sgt Maj Wichian Klanprasert. However, the charges against Mr. Yoovidhya, the grandson of the Red Bull co-founder, were dropped in July.

This caused outrage with the general public in Thailand, who classified it as an example of the impunity personalities of the kingdom’s elite enjoy.

Several government agencies conducted investigations into this hit-and-run case, including the Attorney General’s Office. Last month, the latter entity issued new charges against Mr. Yoovidhya for reckless driving causing death and the use of cocaine.

Pol Col Krissana Pattanacharoen, deputy spokesman for the national police, confirmed this Sunday that Interpol had issued its most urgent alert regarding the case of Mr. Yoovidhya. The order was issued earlier in the week and is known as a “red notice.” However, this news network had not been published on the official Interpool website as of the afternoon of October 4.

According to his statements, the authorities passed on his request to 194 member countries asking them for assistance after receiving confirmation. Moreover, he added: “We have to do whatever it takes to… ultimately bring him back to the country because it is a serious crime.”

Mr. Yoovidhya fled the country in 2017 on a private jet.

After the charges against Mr. Yoovidhya were dropped, an investigation by the office of the Prime Minister Prayut Chan-o-cha revealed that the entire investigation had been compromised.

The public outcry against the cancellation of the Redd Bull’s heir charges came in a rather tense period for the government. At the time, this coincided with daily protests by pro-democracy Thai student leaders calling for the resignation of Gen Prayut.

Furthermore, protesters showed their anger at the military-aligned government by carrying cardboard cutouts with the Red Bull logo. According to them, the government enjoys close alliances with the Kingdom’s billionaire families and groups.

And so, this is the case of the family involved in Red Bull. The Chaleo Yoovidhya clan, co-founder of Red Bull, is the second richest person in Thailand. According to Forbes, the family has an estimated fortune of $20.2 billion.