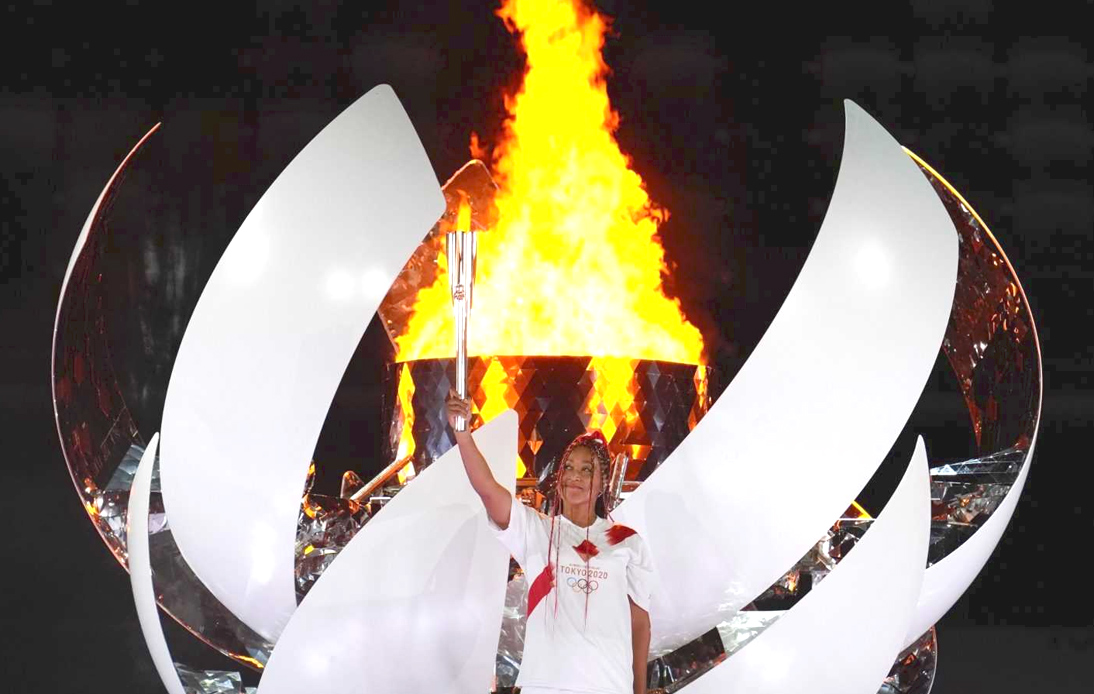 The official opening of Tokyo 2020 came a year later than expected amid a devastating pandemic.

It was granted shortly before the Games started, prompting speculation that Osaka might light the cauldron in her first home-soil Olympic debut.

Daughter to a Japanese mother and Haitian-American father, she was born in Japan and moved to the United States three years later.

Osaka withdrew from the French Open earlier this month, citing her mental health and depression. She also withdrew from Wimbledon.

Friday’s opening ceremony had a more sombre tone, with no fans in attendance, and just a few athletes joined the traditional parade.

However, the International Olympic Committee (IOC)’s president Thomas Bach described the opening event as a “moment of hope.”

“Yes, it is very different from what all of us had imagined. But let us cherish this moment because finally we are all here together,” he said.

The opening ceremony was held at a 68,000-capacity venue, but there were only 950 attendees as 206 delegations were welcomed to the Games, Tokyo 2020 organizers said.

Also, a few athletes participated in the parade of nations.

Team USA, which has around 600 members, had over 200 athletes at the stadium.

Moreover, only 63 of Australia’s 472 athletes took part in the international event.

Greece, the first nation to host the modern Olympic Games, led the procession.

The US and France, announced to host the next two editions of the Games, concluded it. Japan followed them.

French President Emmanuel Macron and US First Lady Jill Biden were invited to the opening event.

2020 Olympics also presented some tributes to people who lost their lives during the Covid-19 pandemic.

It’s the second time Tokyo has become the Olympics’ host – the first one was in 1964.

From today, the first medals of the tournament will be distributed.