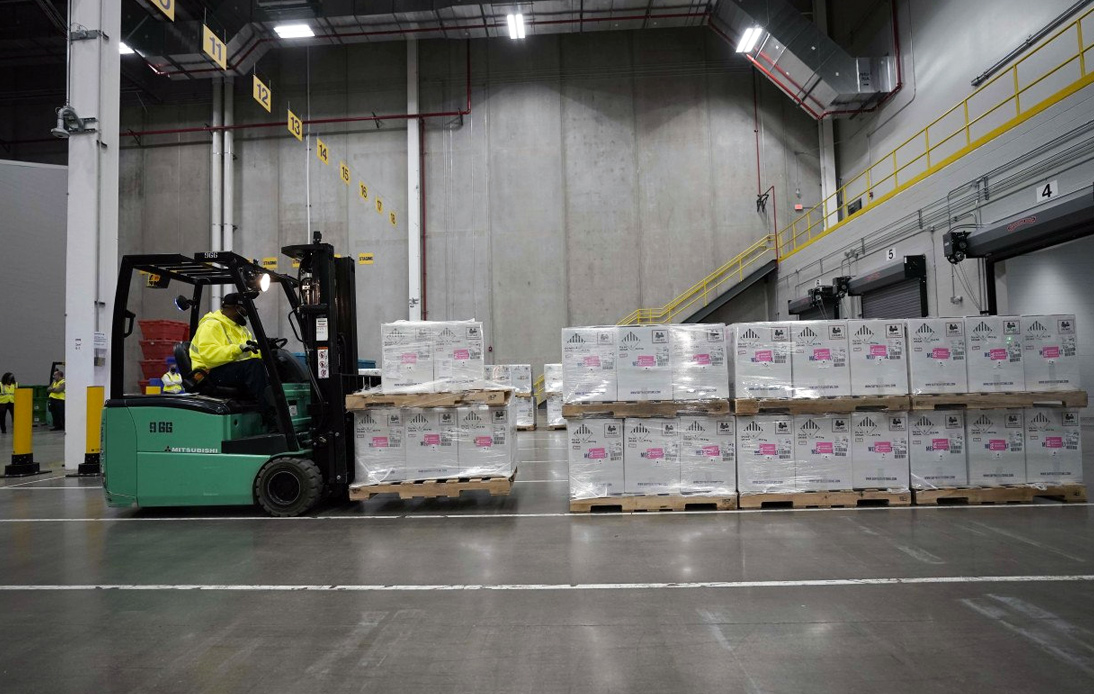 The first round of vaccinations in the United States will begin on Monday and the public will start receiving the dose of the coronavirus Pfizer/BioNTech vaccine after authorities authorized its emergency use.

The United States has the highest numbers of positive COVID-19 cases and coronavirus-related deaths in the world.

The vaccine offers 95% protection against the disease and has been deemed safe by the Food and Drug Administration FDA. Besides, according to General Gustave Perna, who oversees its distribution, the first three million doses of the vaccine would be shipped across all states this weekend.

On Saturday, US authorities reported 3,309 deaths from COVID-19.

The figure is the highest single-day total anywhere globally, as the Johns Hopkins University website shows. Coronavirus-related deaths have risen sharply since November in the country.

The FDA says that authorizing the Pfizer/BioNTech vaccine’s emergency use was a significant milestone in the pandemic.

The body had been pressuring the Trump administration to do so for some time. The UK had already started a massive inoculation campaign with doses of the same vaccine.

On behalf of the US government’s Operation Warp Speed vaccination campaign, Gen. Perna told a news conference Saturday that doses of the vaccine would be packed into shipping containers for distribution within the next 24 hours.

“Expect 145 sites across the states to receive the vaccine on Monday, another 425 sites on Tuesday, and the final 66 sites on Wednesday,” he added.

He explained that next week’s distribution would complete the vaccine’s initial delivery and cover around 3 million people. He also said that he was 100% certain that the doses “needed to defeat the enemy COVID” would be transported safely.

However, he warned: “While it had been a week of progress, we are not done until every American has access to a vaccine.”

Pfizer’s successful vaccine has already received regulatory approval in the UK, Canada, Bahrain, and Saudi Arabia. It is expected that, as in those countries, the United States will give priority to health workers and care home residents for the first round of vaccination.

Americans outside of the highest priority groups could receive the vaccine in January, and general availability is expected in April next year.