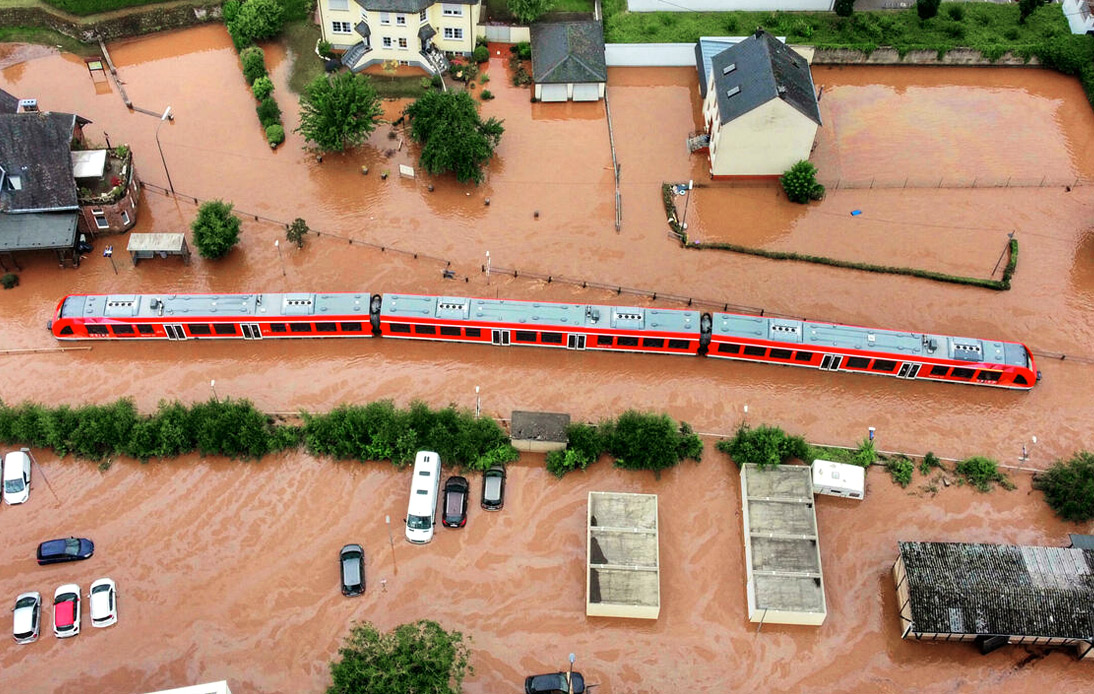 On Sunday, Ms. Merkel talked to survivors and emergency workers from the hardest-hit areas.

She walked through the village of Schuld to inspect the damage and promised residents to fast-track reconstruction aid.

“We are by your side,” Mrs. Merkel said and described the situation as “terrifying.”

“It is shocking – I can almost say that the German language doesn’t have words for the destruction that’s been wreaked,” she added.

Besides, the German Chancellor asked the world to “be faster in the battle against climate change.”

Meanwhile, Finance Minister Olaf Scholz said he would propose a $354 million package in immediate aid to the cabinet on Wednesday, July 21st.

So far, authorities have reported 188 flood-related fatalities in Germany and Belgium.

At least 157 people, including four firefighters, died after heavy rainfall caused rivers to overflow in some German cities.

The most affected German states were North Rhine-Westphalia, Rhineland-Palatinate, and Saarland.

Authorities in the country’s western region warned that the Steinbachtal dam, southwest of Bonn, remained at risk of breaking. Residents were evacuated from their homes downstream hours earlier.

In Belgium, some 31 people died in the floods, the media informed.

Thousands of people were also reported missing in both nations.

Official reports say heavy rains continue to wreak havoc as they move into southern Germany and parts of Austria.

Floodwaters submerged the streets of a town in Austria’s Salzburg region and emergency teams were deployed to rescue people from their homes.

Furthermore, fire departments stated that the Austrian capital, Vienna, saw more rain in an hour on Saturday night than in the last seven weeks.

Also, according to official reports, one person died when heavy rains flooded basements and roads in the Upper Bavaria region.

The record floods have also affected the Netherlands, Luxembourg, and Switzerland.

According to experts, the earth has warmed about 1.2 °C since the industrial age began.