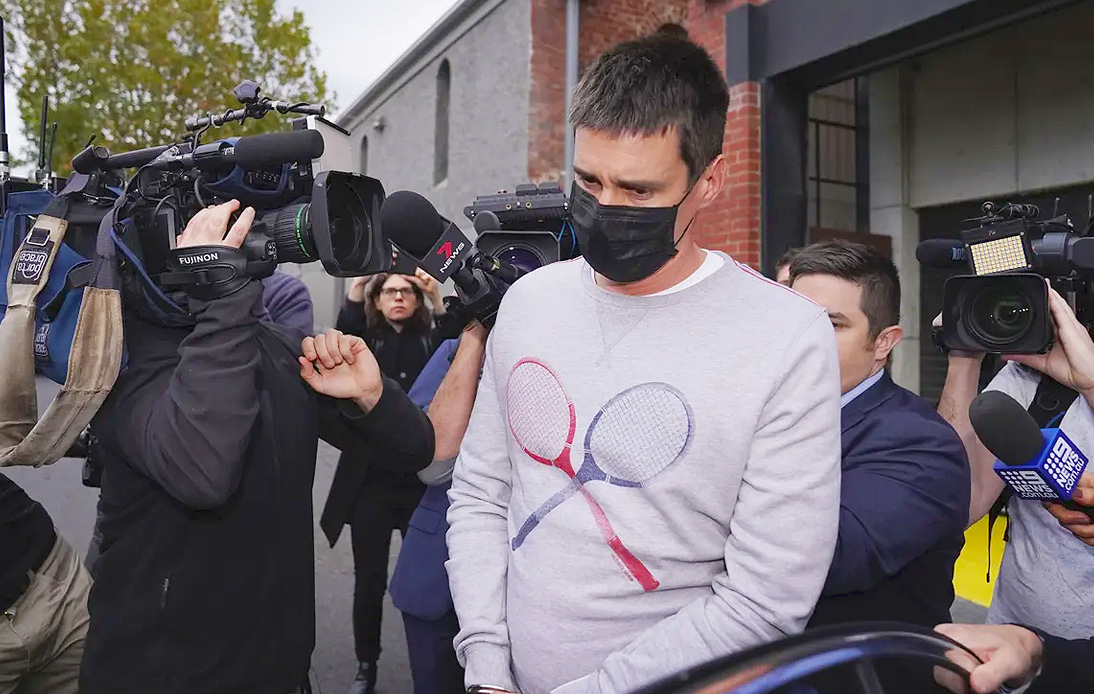 An Australian court sentenced a man to 10 months in prison after filming and taunting police officers who were dying at the scene of a crash.

Richard Pusey was charged with reckless driving, drug possession, and outraging public decency. On Wednesday, the sentencing judge in the Victoria County Court described his subsequent actions as “heartless, cruel and disgraceful.”

There was no trial after the 42-year-old pleaded guilty to all three charges last month.

Pusey, who attended yesterday’s sentencing via video link from prison, was speeding on a Melbourne freeway in his Porsche 911 coupé in April 2020. Court sentencing documents showed that the police officers Lynette Taylor and Glen Humphris arrested him at that moment.

Kevin King and Josh Prestney, two other officers, arrived at the scene later.

According to the documents, the man was under the influence of cannabis and MDMA while driving. The four officers got out of their vehicles while in the emergency lane and the man went to urinate on the side of the freeway.

But a truck pulling a trailer veered into the lane and hit the officers, fatally injuring them.

Judge Trevor Wraight said in his sentencing that, after the deadly accident, Pusey walked around the crash site filming and taking photographs of dying and dead officers. He commented and scoffed as he zoomed his injuries.

Investigators seized his phone and found a video that lasted more than a minute.

The clip showed one of the officers in Pusey’s Porsche as her arm hung through the sunroof. The truck crushed her legs, and another officer got stuck between its bullbar and the sports car.

In the video, the man could also be heard saying that it was “justice” and that he had to get an Uber home while other witnesses tried to help the injured officers, Judge Wraight stated.

People asked Pusey to stop what he was doing, but he started a longer recording before fleeing the scene. Then, he showed the video to a drugstore staff and the GP’s office, the judge added.

Pusey’s attorney did not immediately respond to the media’s request for comment. However, the judge revealed that Pusey had said that his behavior was “derogatory and horrible” and that he was embarrassed about the footage.

The court determined that the truck driver was drugged and unable to control the vehicle, Justice Paul Coghlan said during sentencing.