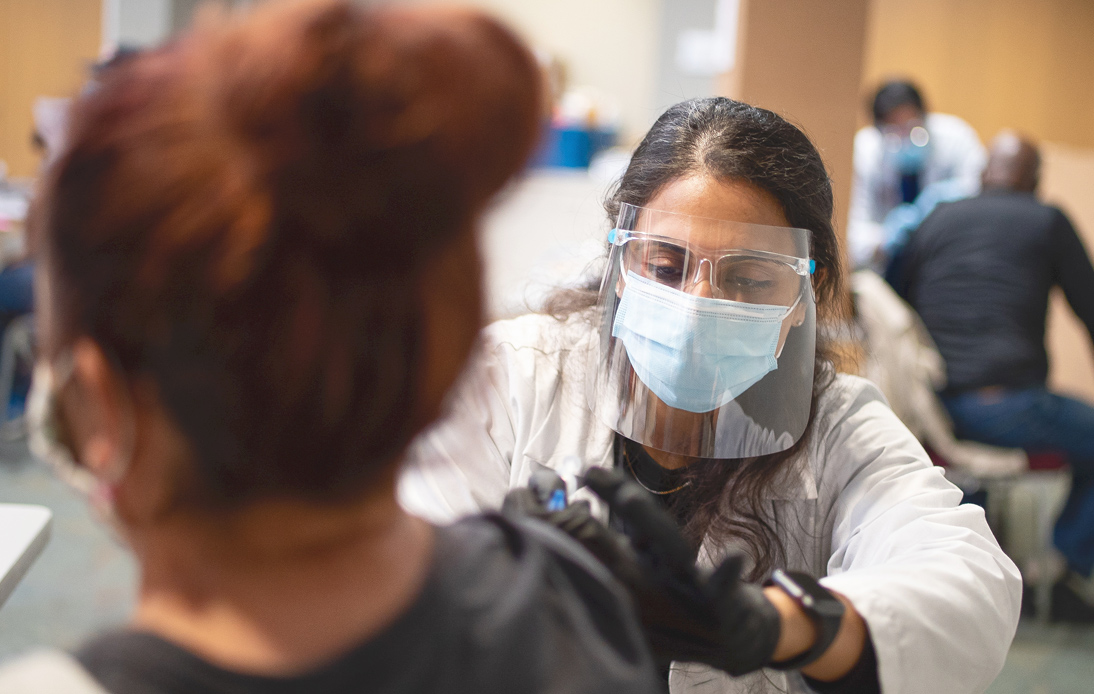 During his first press conference as president of the United States on Thursday, Joe Biden announced that the vaccination goal would be doubled to 200 million after inoculating 100 million Americans 42 days ahead of schedule.

Previously, President Biden had said that his administration had plans to vaccinate 100 million people within the first 100 days in office.

However, they succeeded in half the stipulated time. Biden said: “We met that goal last week, by day 58,” adding that the new goal was to vaccinate about 200 million people by his 100th day as commander in chief.

“I know it is ambitious, twice our original goal, but no other country has even come close to what we are doing. I believe we can do it,” Biden went on.

Biden also touted his administration’s response to the health crisis and said he expected to run for president again. Besides, he spoke about the measures he would be executing regarding immigration, foreign policy, and the economy.

He said that passing an economic stimulus package without a vote from Republican legislators was a “big deal.”

“It got passed, and we are growing the economy. I’ve been hired to solve problems, not create division,” he said. The US president also added that economic forecasters have significantly increased their economic growth’ projections to take place during 2021 since it was passed.

“They’re now projecting it will exceed 6% growth in GDP,” he stated.

Regarding foreign policy, Biden referred to China, saying that he had had a two-hour phone conversation with Chinese President Xi Jinping after being elected president. He assured that the United States was not looking for a confrontation but that it would insist that the Asian country follow international rules.

Biden also promised to withdraw US troops from Afghanistan but said it would be difficult to do so before May 1, as expected.

He also spoke about North Korea saying that a recent missile test violated a UN resolution and that the United States is “consulting with allies and partners.” Biden claimed that there would be a response that Pyongyang chooses to escalate.

Moreover, the US president said that he wants to work with heads of state of other countries bordering the United States to address the root causes of migration.