Black US Army Lieutenant Is Pepper Sprayed by Police 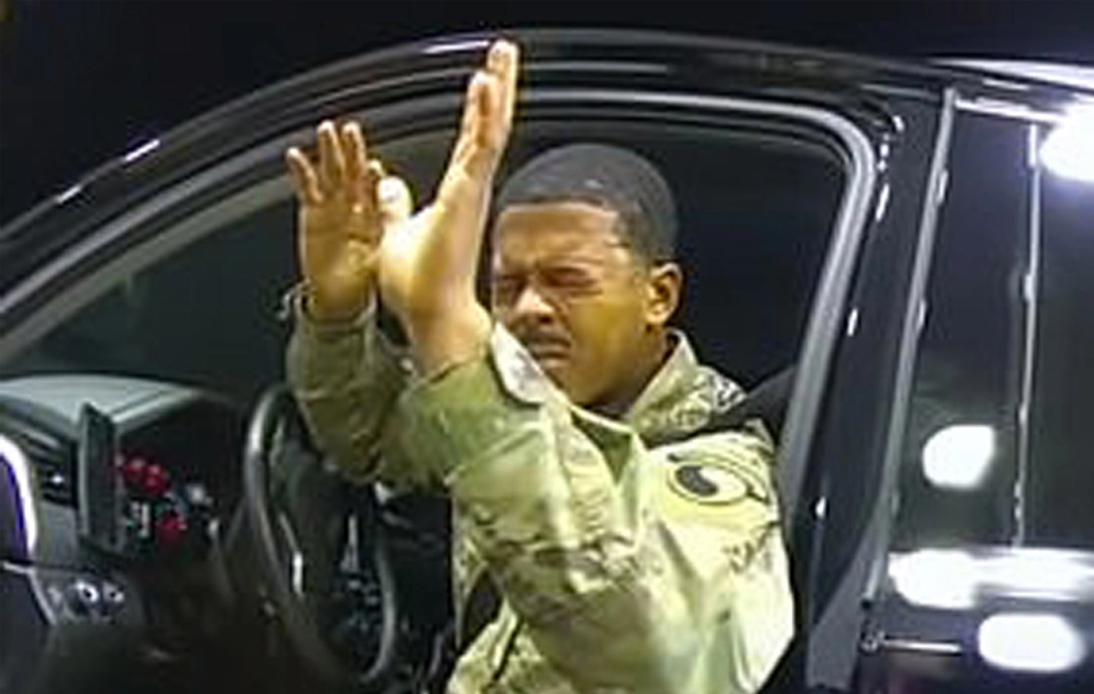 Caron Nazario, a US Army Lieutenant, is suing two Virginia police officers over a traffic stop where they pointed their guns at him and pepper-sprayed him last December.

Body camera footage, which went viral on social media yesterday, showed Nazario dressed in a uniform with his hands held in the air outside the driver’s window.

In the clip, the second lieutenant in the United States Army told armed officers that he was “honestly afraid to get out” of his vehicle. During the stop at a gas station, one officer responded: “Yeah, you should be!”

Nazario was driving his Chevy Tahoe in Windsor, Virginia, when police noticed that he did not have a license plate.

Windsor Police Officer Daniel Crocker said on the radio that he was trying to stop a vehicle with no rear license plate and tinted windows. A report included in the court file said that Crocker had alleged that the driver was “eluding the police” and have considered it a “high-risk traffic stop.”

Jonathan Arthur, Nazario’s attorney, said he explained that he was not trying to evade police but trying to stop in a well-lit area.

Joe Gutierrez, another officer who heard Crocker’s call while driving, decided to join the stop after seeing his partner trying to stop the SUV. Nazario went to a gas station where the agents drew their weapons and pointed them at him.

They tried to pull the lieutenant out of his car while he kept holding his hands in the air, and Gutiérrez pepper-sprayed him several times.

“I don’t even want to reach for my seatbelt, can you please… My hands are out, can you please – look, this is really messed up,” Nazario stammered. Officers gave conflicting orders to the man, asking him to put his hands out the window while telling him to open the door and go outside.

Gutierrez told Nazario he was “fixin” to ride the lightning, a reference to the electric chair and a line from The Green Mile – a movie where a black man is executed.

He got out of the vehicle and asked to speak to a supervisor, but Gutiérrez responded with knee-strikes, throwing him to the ground to hit him several times before handcuffing and interrogating him. Nazario claims that one of the policemen threatened him with all kinds of charges, including obstruction of justice and assault on a cop, if he complained.

The camera on Nazario’s phone and the cameras Crocker and Gutiérrez wore captured the stop.

The incident occurred on December 5 last year, but the video was released yesterday. Windsor police had no immediate comment, and the media were unable to reach Crocker.