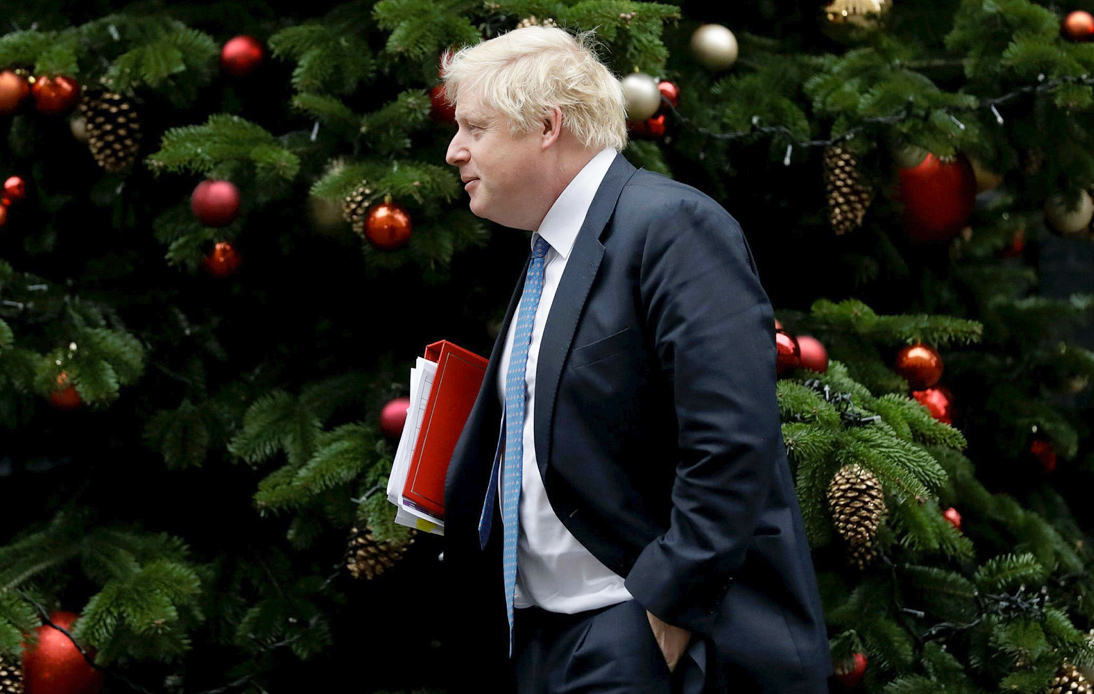 On Saturday, British Prime Minister Boris Johnson delivered bad news “with a very heavy heart” to UK families, calling on them to cancel Christmas celebrations and gatherings as he imposed a new, stricter level of restrictions to curb the rapid spread of coronavirus infections.

Shops in London and much of southern England must close again.

Johnson stated that the capital and other areas in the south of England would escalate from level 3, the highest level of COVID-19 restrictions, to an even stricter level 4 that involves the closure of non-essential shops, hairdressers, and indoor leisure venues.

The new level of restrictions will be introduced from midnight in London, Kent, Essex, and Bedfordshire.

Additionally, with just five days to go until Christmas, Johnson also announced that the holiday coronavirus rule easing would be canceled for Tier 4 areas and reduced for the rest of England, Scotland, and Wales.

These rules focused on the “Christmas bubbles” from December 23 to 27, allowing up to three families to meet in three households.

Now, those at level 4 will not be able to mix indoors with anyone other than their household. For the rest of the UK, the Christmas bubble shrinks from five days to Christmas Day. “It is with a very heavy heart that I must tell you we cannot proceed with Christmas as planned,” Johnson said at a Downing Street briefing.

The bad news comes after scientists confirmed they had discovered a new variant of the coronavirus spreading faster in southern England.

While announcing the changes, Scotland’s Prime Minister Nicola Sturgeon said she wished she had acted faster to curb the virus in February.

“Standing here saying this actually makes me want to cry,” she added, explaining that a travel ban would also apply to the rest of the UK during the festive period.

In Northern Ireland, in turn, there will be no changes in restrictions, and three households can meet from December 23 to 27, but the country will enter a six-week lockdown from December 26.

Johnson said he knew how disappointing the news would be, but stated that he believes he had no alternative. “When the virus changes its methods of attack, we must change our method of defense,” he said.

He also acknowledged that it was certainly a difficult time in the coronavirus crisis but insisted that things would be radically different at Easter because of the vaccine.