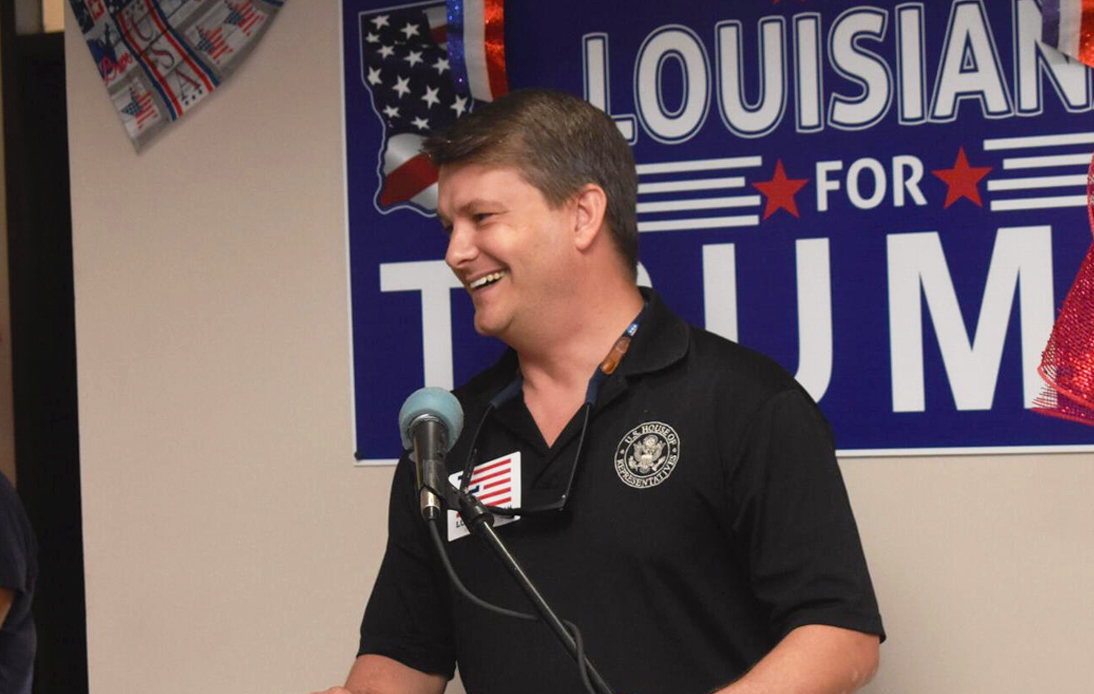 Luke Letlow’s spokesman said on Tuesday evening that the congress-man elect has died after battling against a severe infection of the novel coronavirus.

Andrew Bautsch, who is the spokesman of the Republican congressman-elect, announced Letlow’s death through a post on his Facebook page. “Congressman-elect Luke Letlow, 41, passed away this evening at Ochsner-LSU Health Shreveport due to complications from COVID-19,” he wrote.

Besides, two republican sources were in charge of confirming the news to the media.

The congressman-elect’s family also commented about his death. According to Bautsch, his relatives appreciate “the numerous prayers and support over the past days but asks for privacy during this difficult and unexpected time.”

Letlow announced he was diagnosed with COVID-19 through his Facebook profile on December 18.

He wrote on the post that he was resting at home and “following all CFC guidelines, quarantine protocols, and the recommendations of doctors”. Letlow made a new post days later, saying that was receiving treatment at St. Francis Hospital in Monroe.

Then, on December 23, it was a statement released from his office stating that he had been transferred to Ochsner LSU Health Shreveport Academic Medical Center.

The chancellor of LSU Health Shreveport Dr. G. E. Ghali previously said that Letlow was in a stable condition while being in the Intensive Care Unit. He also stated that the congressman-elect was undergoing treatment that included drug Remdesivir and steroids.

The US officials provided immediate support for Letlow’s family when the news about his death was released.

Rep. Garret Graves, a Republican of Louisiana, said via Twitter: “Luke Letlow is now with our Creator, but his premature departure from this world is a huge loss to Louisiana and America. Just weeks ago, voters overwhelmingly chose Luke to represent them in Congress.”

“They saw what so many of us know of Luke – kind, smart, quick-witted, God-fearing, hard-working, honest, and just a good guy,” Graves added.

New Orleans’ Democrat Mayor LaToya Cantrell also tweeted: “We are heartbroken to learn of the passing of Congressman-elect Luke Letlow. He was a promising young leader who loved Louisiana deeply. Our prayers go out to his family and loved ones.”

The Republican Party of Louisiana released a statement praising Letlow as a “rising political star and a good friend”.

And the Democratic Governor of Louisiana John Bel Edwards ordered to have flags flown at half-staff in the state on the funeral day. Under the state law, there will be a special election to determine who will represent the state’s 5th Congressional District, the place that Letlow won with 62% of the vote.

December had the highest death toll in the US since the World Health Organization announced the pandemic.

The COVID Tracking Project reported that the country had 124,686 patients in hospital on Tuesday, which is also the highest number since the pandemic began.

The proportion of ICU patients who have coronavirus also increased, reaching 40% last week, as the US Department of Health and Human Services declared.