Container Ship Stuck in the Suez Canal Has Finally Been Freed 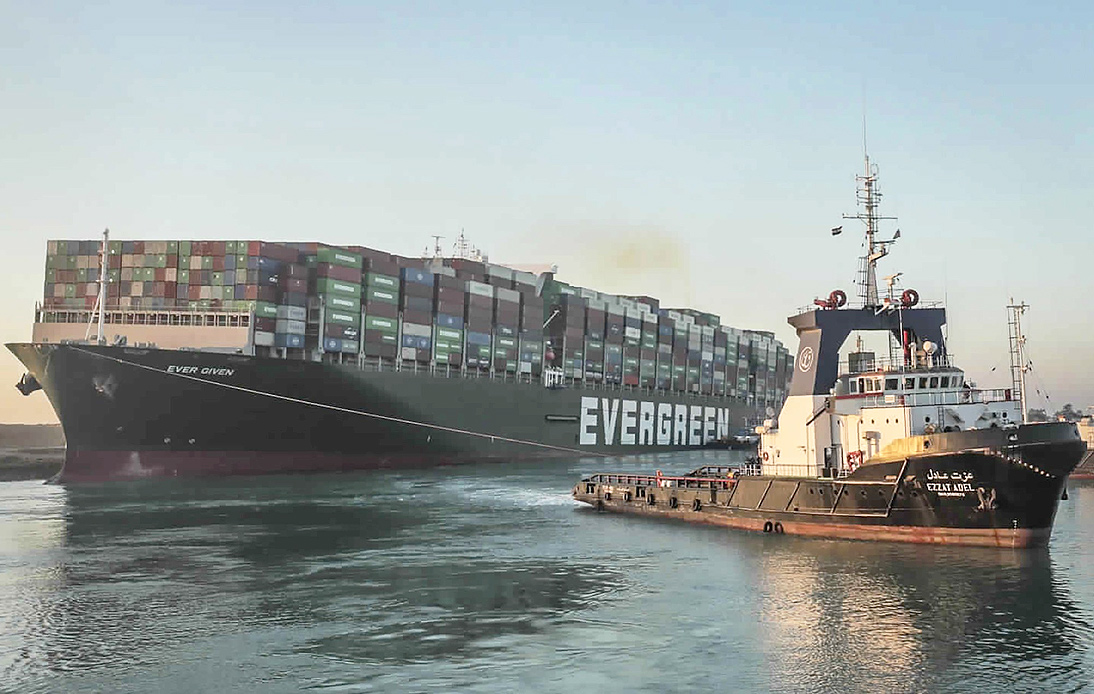 Suez Canal authorities announced Monday that the 200-00-ton cargo ship, Ever Given, was finally dislodged after blocking the waterway for nearly a week, affecting global maritime trade.

Subsequently, tugboats and rescue teams joined forces to free the bow of the skyscraper-sized ship and succeeded after several hours of work. Marine traffic websites showed images of the Ever Given away from the Suez Canal’s banks for the first time since it got stuck amid a strong sand storm.

The successful refloating of the container ship came as good news for the international community.

Hundreds of vessels had been trapped by the blockage of the crucial waterway since last Tuesday. Since the Ever Given was refloated on Monday at 3:00 pm Egypt Standard Time (9:00 am ET), they started preparing to restart their travels.

Boskalis, a salvage company that helped with the rescue maneuver, said in a statement: “We pulled it off!”

“Boskalis announces the successful salvage operation of the grounded 20,000 TEU container vessel Ever Given in the Suez Canal,” the firm wrote, adding: “With a length of 400 meters and a width of nearly 60 meters, this giant ship had been wedged in this vital shipping route since 23 March 2021 blocking all shipping traffic.”

At a press conference on Monday, Lieutenant General Osama Rabie, president of the Suez Canal Authority, said the ship was now in Bitter Lakes.

However, he added: “We will not allow it to leave before making sure that it is safe to sail, and also after conducting an investigation to find out the cause of the accident, because this will entail compensation. The Canal from its part does not have any error.”

Navigation in both directions of the canal resumed at 6:00 p.m. local time, Rabie reported.

He also explained that the challenge was ship backlog and congestion, saying that it could take three or three and a half days to end the congestion at the current rate of working day and night.

There were still 422 ships waiting to cross the Suez Canal, Rabie said.

Besides, he said that the authorities decided that the boats could cross the canal on a first-come, first-serve basis. However, they prioritized those transporting livestock, allowing them to cross the waterway in the first convoy of the day.

On average, between 80 and 90 ships were passing through the canal daily before the accident.

Nonetheless, the Suez Canal Authority head said the waterway would operate 24 hours a day to facilitate the passage of the hundreds of ships trapped by the closure. They carry billions of dollars in freight.