Court Hears How Chauvin Was “Angry” When on George Floyd 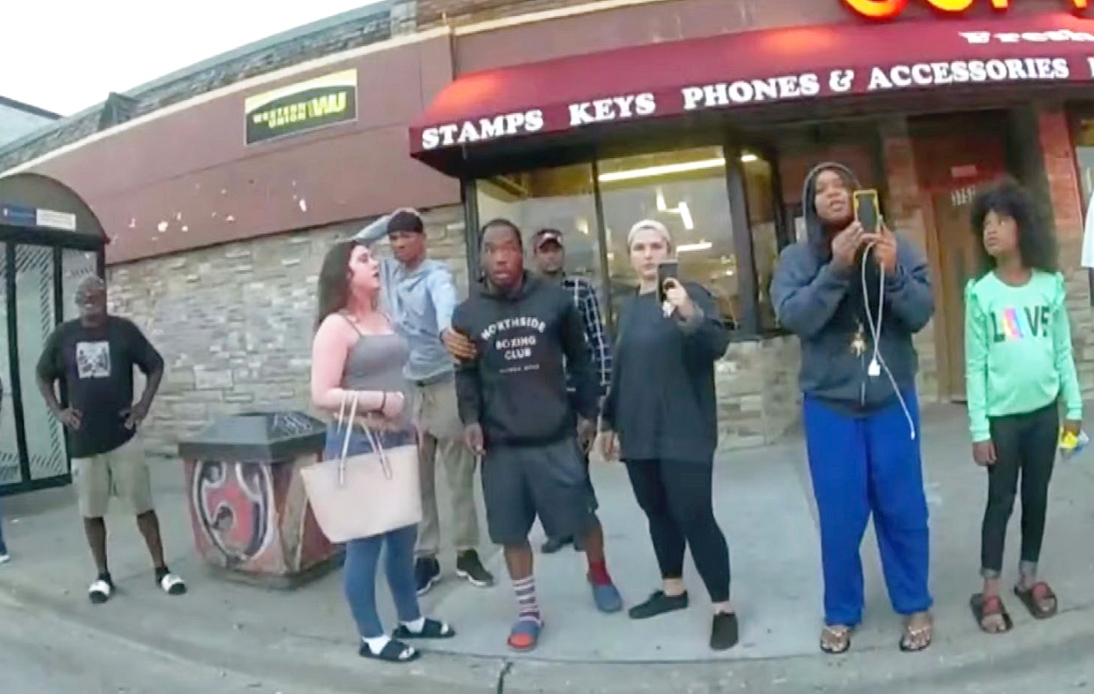 Kaylynn Gilbert, a 17-year-old high school student, said yesterday in a murder trial that Derek Chauvin brandished a mace at her while kneeling over George Floyd.

The teenage witness described the scene as saying that Mr. Chauvin was “kind of angry” while berating George Floyd before his death last year. The girl said she had felt “scared” of the former Minneapolis Police officer.

She also told the Minneapolis jury that she gave her phone to a friend to record the events because she sensed something was wrong.

“We heard George Floyd’s voice yelling out for his mum and saying he can’t breathe,” she recalled, adding that there were three officers on top of him. Ms. Gilbert also added: “I walked up and saw George Floyd unconscious and Derek on his neck. He was not talking anymore, his eyes were closed, he was not moving.”

The teenager explained that she had seen Chauvin digging his knee into Mr. Floyd’s neck more, adding: “He was putting a lot of pressure on his neck that was not needed.”

She went on to describe the police officers as “really hostile.”

Ms. Gilbert mentioned an officer who was captured on video while controlling the small crowd that gathered outside Cup Foods, saying, “The tone in their voices, Officer Thao’s voice, was really angry.”

The young girl denied that some of the people present at the scene had been violent towards the police.

She added that Mr. Chauvin had grabbed his mace and was “shaking it at us” while immobilizing Mr. Floyd. When the prosecution asked her how that had made her feel, she replied: “Scared… because I didn’t know what was going to happen. I was scared of Chauvin.”

Ms. Gilbert stated that the former police officer did not remove his knee until the ambulance arrived and a paramedic ordered him to “get off.”

Mr. Floyd “looked kind of like purple, like he wasn’t getting enough circulation. He was really limp,” she added. Derek Chauvin was charged in the death of the African-American man who died in police custody last May.

However, he pleaded not guilty.