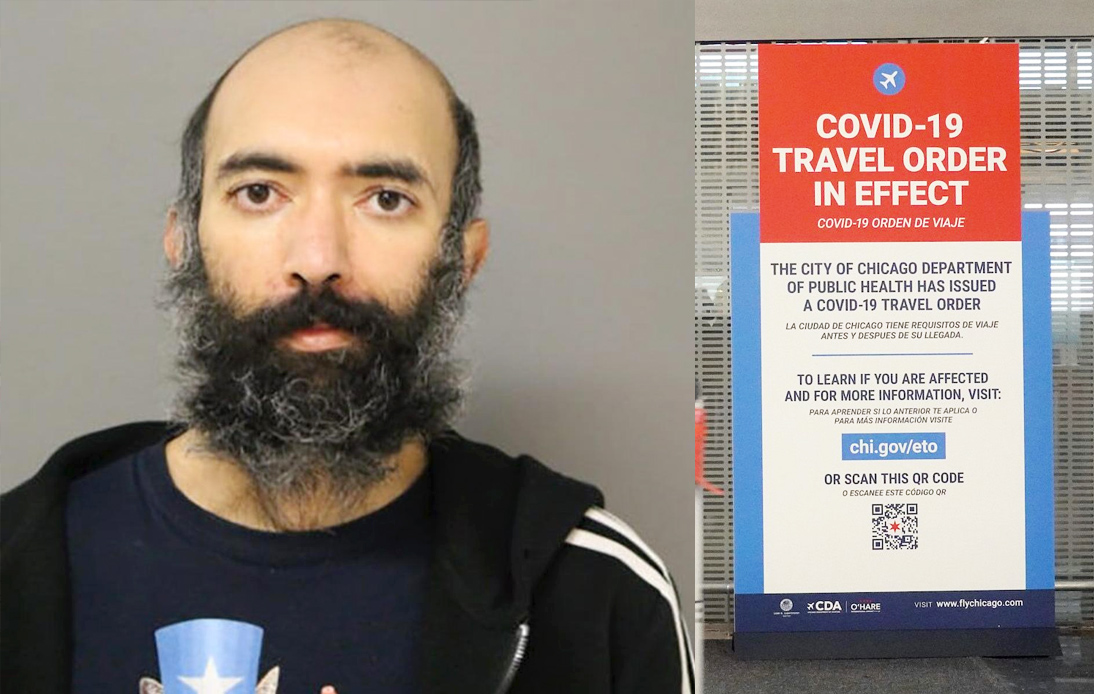 A man was found living undetected in a secure area at Chicago airport for three months as he was too afraid to fly due to the COVID-19 pandemic, US prosecutors announced.

Authorities arrested Aditya Singh on Saturday after airport personnel asked him to show his identification.

He pointed to a badge in response, but it belonged to an airport operations manager who had reported it missing in October. According to police, Singh arrived at O’Hare International Airport from Los Angeles on October 19.

Assistant State Attorney Kathleen Hagerty said reports showed the 36-year-old man found the badge at the airport and was “scared to go home due to Covid.”

Singh lived for three months on handouts from other passengers; she told the judge in the case, Susana Ortiz, who expressed her surprise about the circumstances.

Assistant Public Defender Courtney Smallwood said Singh lives in a Los Angeles suburb and has no criminal record. It is unknown why the man was in Chicago.

The Chicago Police Department confirmed that Aditya Singh had been charged with a felony of trespassing in a restricted area of an airport, impersonation, and misdemeanor theft.

Singh’s bail is allegedly set at $1,000 as long as he does not re-enter the airport. The man is due to return to court on January 27.

“The court finds these facts and circumstances quite shocking for the alleged period of time that this occurred,” Judge Ortiz said.

“Based upon the need for airports to be absolutely secure so that people feel safe to travel, I do find those alleged actions do make him a danger to the community,” she added.

Chicago Department of Aviation, which is in charge of supervising the city’s airports, released a statement saying: “While this incident remains under investigation, we have been able to determine that this gentleman did not pose a security risk to the airport or to the traveling public.”