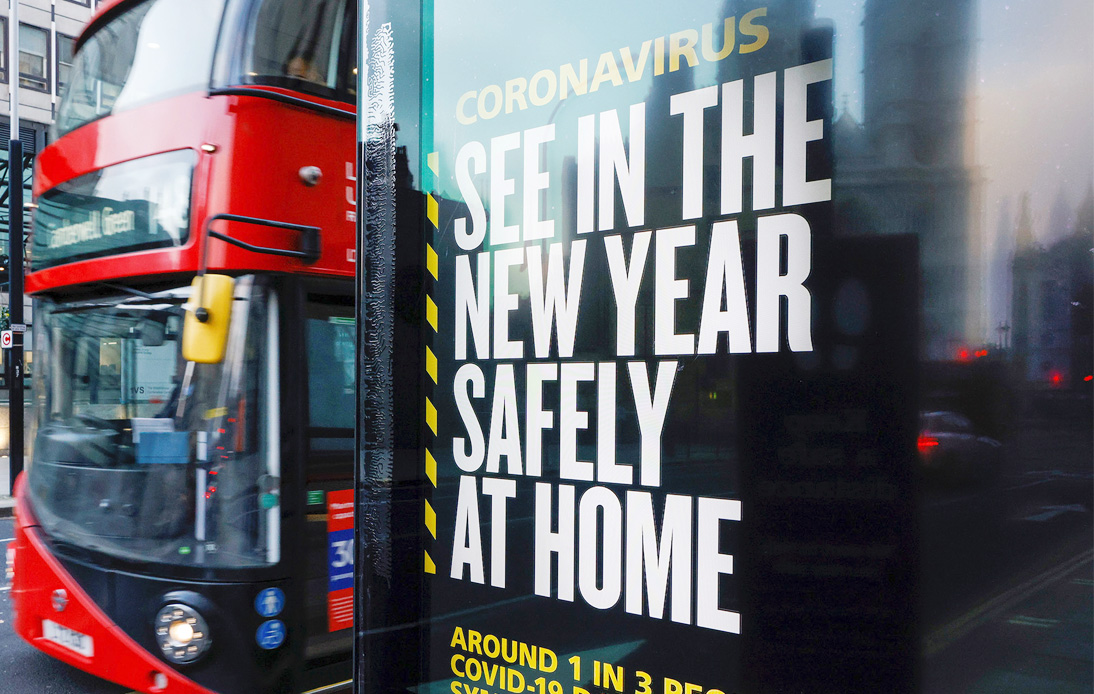 Many countries around the world are undergoing stricter COVID-19 restrictions, struggling to curb the new rise in the number of infections.

Governments have imposed new rules regarding New Year festivities in an attempt to prevent spreading the virus and its new variant.

From Sidney to New York, fireworks displays, public shows, and massive gatherings have been canceled. In Europe, where the new and more contagious coronavirus strain was found, celebrations had been muted.

In Paris, half of the metro lines have to close in the evening. Also, bars, restaurants, and cultural attractions won’t be able to operate.

In England, Prime Minister Boris Johnson urged people to follow the rules and the Metropolitan Police warned potential revelers in the capital “to celebrate the new year in the comfort of their own homes”.

Ireland announced it is going to the highest level of restrictions, closing non-essential retails, banning household visits, and limiting travel to three miles. Germany is undergoing a lockdown until January 10th, while prohibiting fireworks sales and imposing tighter restrictions regarding gatherings.

Australia was one of the first countries to ring in New Year.

Although Sydney fireworks were displayed, Australian authorities didn’t allow the public to gather in the harbor of the city to enjoy the show. Meanwhile, celebrations in cities across the country scaled down, including the traditional annual New Year light show in Beijing.

Various cities in India, including Delhi, have imposed night curfews and other rules to prevent large New Year’s Eve meetings.

Officials in the US, where the most cases and deaths have been recorded, have placed restrictions over celebration in several states and cities. While the illuminated Times Square Ball will be dropped during the iconic and traditional countdown to New Year, the area will be close to the public.

There have been reported 81 million COVID-19 cases globally and more than 1.8 million people have died.