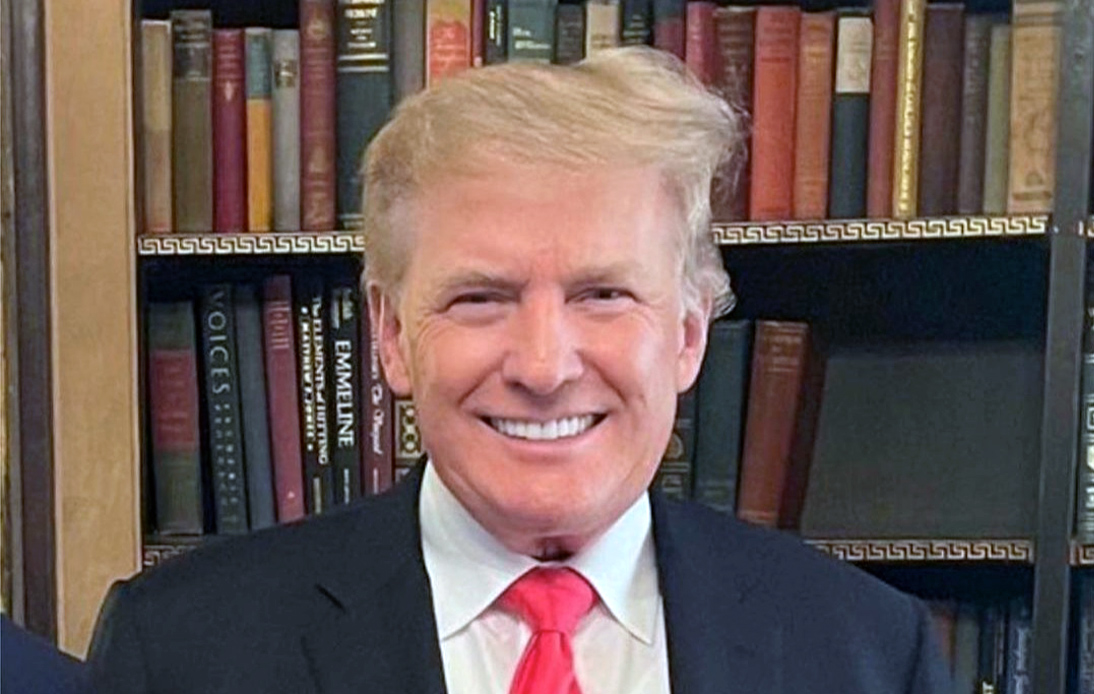 Former US President Donald Trump has created a buzz after a recent photo of him showing significant weight loss went viral on social media.

A week after it circulated online, social media users have questioned the picture’s authenticity.

The controversial photo adds to rumors that the Republican politician could be preparing for possible re-election in 2024 with a leaner and renewed appearance.

Business Insider reported that Mr. Trump had lost about 15 pounds in April and appeared to have shed his signature spray tan as he makes a healthier diet and spends more time golfing.

It shows Trump standing next to Parnell, who can be seen making a thumbs-up sign in front of a book stack. “It’s time to Win Pennsylvania and Save America. Let’s shoot,” the candidate wrote next to the picture.

But online doubters claimed that the former president’s transformation looked “fake as hell.” Some criticized the two politicians for suggesting that the image was legitimate.

Referring to the photo posted by Parnell on September 1, one user wrote it was “a lot of Photoshop.”

However, others believe that Mr. Trump has actually lost some weight.

His eldest son Donald J. Trump Jr. shared a photo of his father on Instagram, along with a comment from conservative journalist Jack Posobiec. “How is he getting younger,” he wrote.

Responding to the question, Don Jr. wrote in the caption: “There’s some truth to this. He takes the stress and it fuels him, and in all fairness he took more crap than any other president times about 1000.”

“Others can’t handle it and they age 20 years overnight,” he added.

Meanwhile, rumors about whether Mr. Trump will try to reclaim the White House have spread in Washington.

Previously, the Republican politician indicated that he could try to run again for the United States’ presidency in the future.

After Facebook banned Mr. Trump from its platform for at least two years over his role in the Capitol attacks in January this year, he released a statement saying: “Next time I’m in the White House there will be no more dinners, at his request, with Mark Zuckerberg and his wife. It will be all business!”