Delta Passengers Open Door and Slide Out of Moving Plane 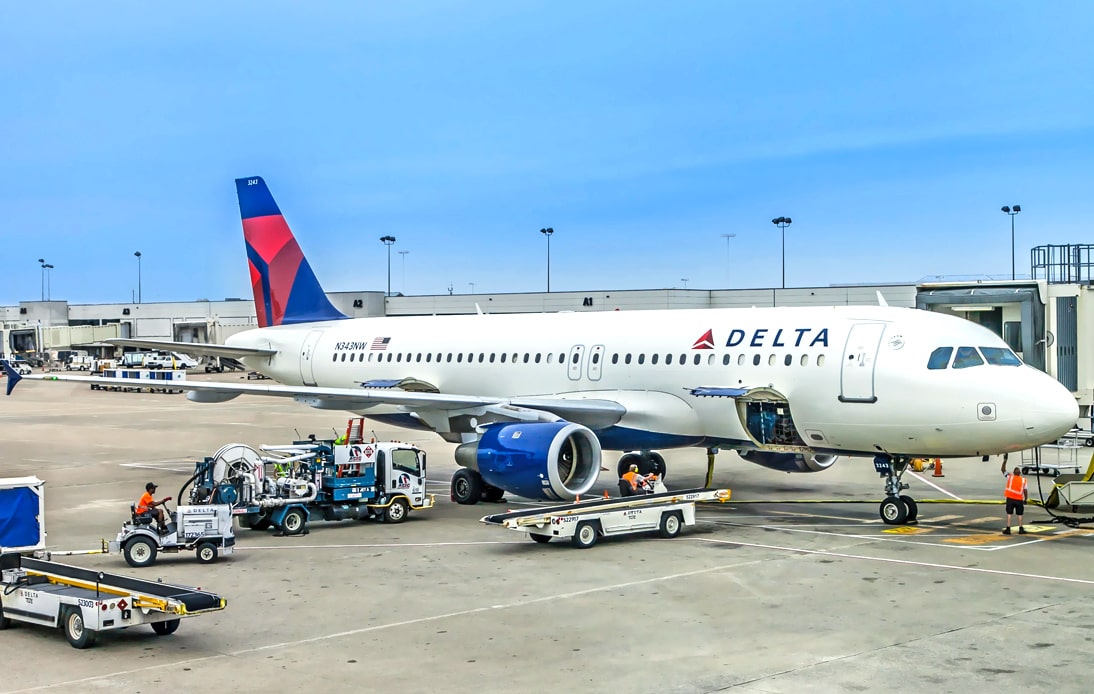 Morgan Durrant, a spokesman for Delta Air Lines, reported that two passengers on s flight on Monday had opened a cabin door and activated the slide to jump off the moving plane while it was taxiing to a runway at New York’s LaGuardia Airport.

The New York Times also reported that a large service dog had deplaned with them: although there were no confirmed details of the dog deplaning, New York’s Port Authority spokeswoman Lenis Valens said that a dog accompanying the two individuals was taken to a Brooklyn animal shelter.

The passengers were identified as Antonio Murdock, 31, and Brianna Greco, 23.

Valens also said that Greco was provided a receipt to retrieve the dog.

Casey Johnson, a Manhattan resident that was flying home to his family in Panama City Beach, Florida, stated that he switched seats with the couple and the dog at the gate. According to him, the man identified as Murdock was “soft spoken”.

He explained that Murdock asked him to switch rows so they could have the last aisle of the plane to accommodate their dog.

The plane was almost full, except for middle seats open, as the COVID-19 policy of the company established.

Johnson said that, minutes later, the couple moved several does forward once again. He added:  “I do actually remember thinking, ‘Well, you guys asked me to swap rows with you because you wanted to be in the back and now all of a sudden you decided you want to be forward”.

“And the next thing I know, I look up while we’re moving, and I just see… I see lots of people standing up, and I see like four people running towards the front of the plane. And at this point this must have been passengers that were running to try to, like, stop the person,” said Johnson.

However, he noted that he didn’t witness the couple and the dog as they jumped off the plane, yet did see that the emergency exit near the cockpit was open.

Johnson also said that the pilot told passengers the cabin had been deployed and de door had been opened, but had not mentioned that the man and the woman fled. He stated that the plane sat on the tarmac for more than an hour before returning to the gate.

Delta spokesman Morgan Durrant explained that the aircraft returned to the gate and deplaned customers normally after Murdock and Greco exited the plane.

Then, the airline could accommodate the remaining passengers on alternate flights.

Queen’s District Attorney’s Office said that Murdock was awaiting Tuesday arraignment in Queens Criminal Court and Greco had to appear in court on March 21.