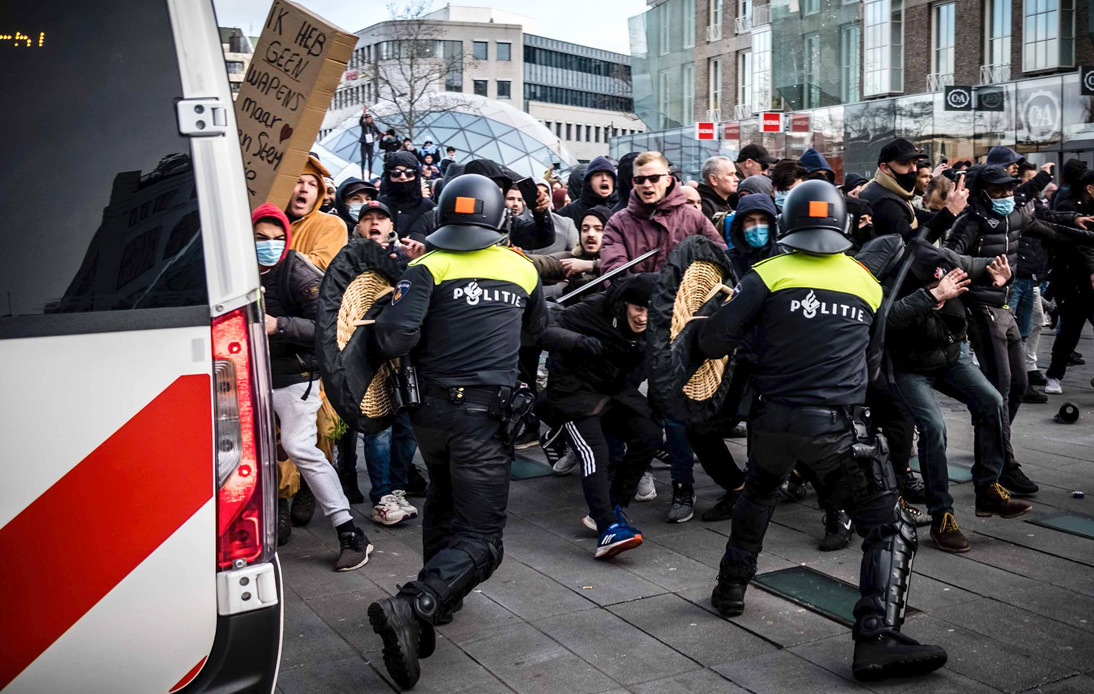 Despite having experienced three consecutive nights of violent protests against the increase in pandemic restrictions across the Netherlands, the government said it wouldn’t lift the curfew.

Finance Minister Wopke Hoekstra said: “It’s scum doing this.” Furthermore, the Dutch chief of police said that riots no longer had “anything to do with the basic right to demonstrate.”

To date, authorities have arrested more than 180 people.

On Tuesday morning, shop owners in cities such as Rotterdam and Den Bosch cleared debris from Monday’s violent night. Rotterdam Mayor Ahmed Aboutaleb urged the “shameless thieves” to halt the violence, asking them: “Does it make you feel good that you’ve helped ruin your city? To wake up with a bag full of stolen stuff beside you?”

According to Johns Hopkins University in the United States, the Netherlands has reported nearly a million cases and more than 13,500 deaths since the pandemic began in March last year.

Justice Minister Ferd Grapperhuis stated they would not “capitulate to a few idiots.” Moreover, Mr. Hoekstra said that anyone who caused damage should be tracked down and made to pay for it.

On Monday, January 25, the protests resulted in clashes between riot police and protesters in cities such as Rotterdam, Amsterdam, Alphen, Den Bosch, and Helmond.

Reports indicated that many of the worst disturbances occurred in the south of Rotterdam, where 10 officers were injured.

Police described the situation as one of the worst unrest in four decades.

Authorities reported that most of the protesters were youths or young men, so Amsterdam’s mayor asked parents to keep their young children at home.

Rioters lit bonfires in the streets of The Hague and threw stones and fireworks.

They also looted a supermarket, smashed windows, and overturned cars in southern Den Bosch. In response, Mayor Jack Mikkers ordered roads to the city closed and imposed an order banning gatherings on Tuesday.

In the southern cities, Maastricht and Breda, football fans marched and promised to protect the centers from rioters after Robin van Persie asked people to keep Rotterdam intact.