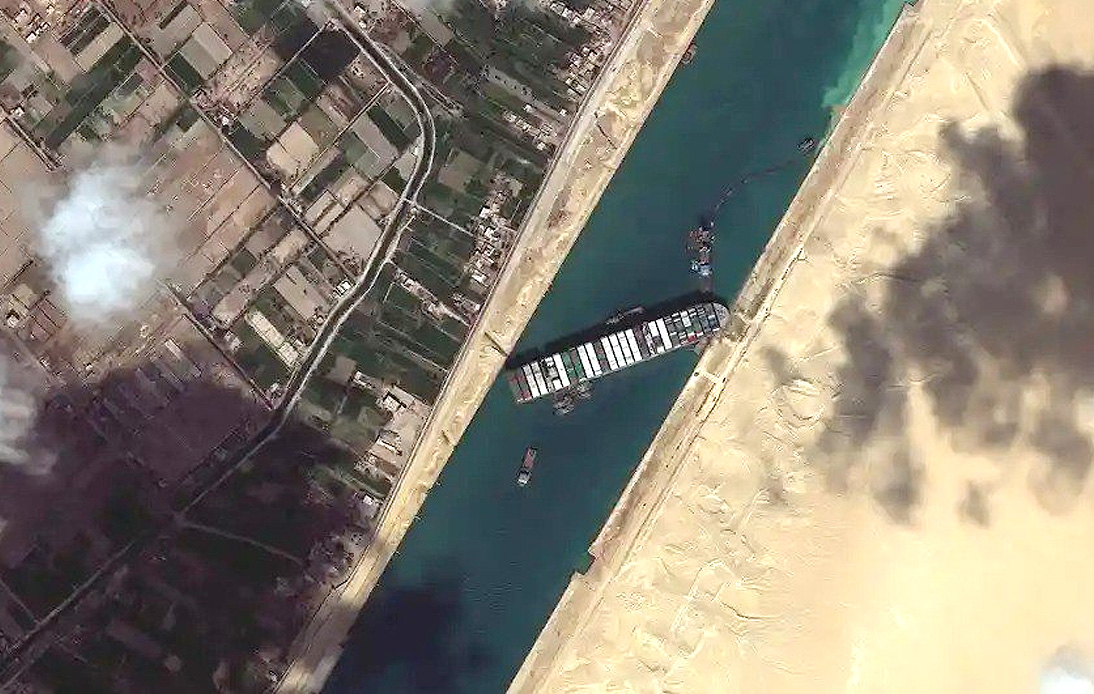 Rescue crews to free the cargo ship stuck in the Suez Canal said they had moved the 220,000-ton vessel by nearly 100ft.

Two heavier tugboats teamed up to move the Ever Given, a skyscraper-sized Japanese-owned ship that carries cargo between Asia and Europe. The vessel, which has been wedged on a crucial waterway in Egypt for six days, is disrupting global maritime trade valued at £6.5 billion.

However, according to NBC News foreign correspondent Raf Sánchez, the rescue teams reportedly made significant progress by moving the enormous carrier around 98ft (30m).

The news has raised hopes that the Ever Given could be moved soon.

Besides, the Egyptian President ordered the emergency crews to start offloading the containers from the ship. Previously, experts managed to budge its stern and got its rudder and propeller working.

The Italian-flagged Carlo Magno and the Dutch-flagged Alp Guard reached the Red Sea near the city of Suez yesterday. They were called to work alongside the tugboats already on the scene trying to free the stuck ship while the dredgers continued to vacuum up sand from under the ship and mud from the port side.

The Suez Canal Authority said in a statement that they had moved 27,000 cubic meters of sand around the ship so far, reaching a depth of 60ft (18m).

Moreover, the vessel’s technical manager Bernhard Schulte Shipmanagement (BSM), said that a specialized tug arrived overnight to float the huge container ship. He added: “Further attempts to re-float the vessel will continue this evening once the tug is safely in position along with the 11 tugs already on site.”

Another dredge arriving from Cyprus by March 30 will also join efforts.

A top pilot with the canal authority said workers planned to make two attempts to free the boat on Sunday, with the help of full-moon high tides. The pilot told the Associated Press: “Sunday is very critical. It will determine the next step, which highly likely involves at least the partial offloading of the vessel.”

“Taking containers off the ship likely would add even more days to the canal’s closure, something authorities have been desperately trying to avoid,” the pilot went on.

“It would also require a crane and other equipment that have yet to arrive,” the top pilot explained. It was also known that removing the containers from the ship would likely extend to the closure of the canal, something that authorities have tried to avoid.