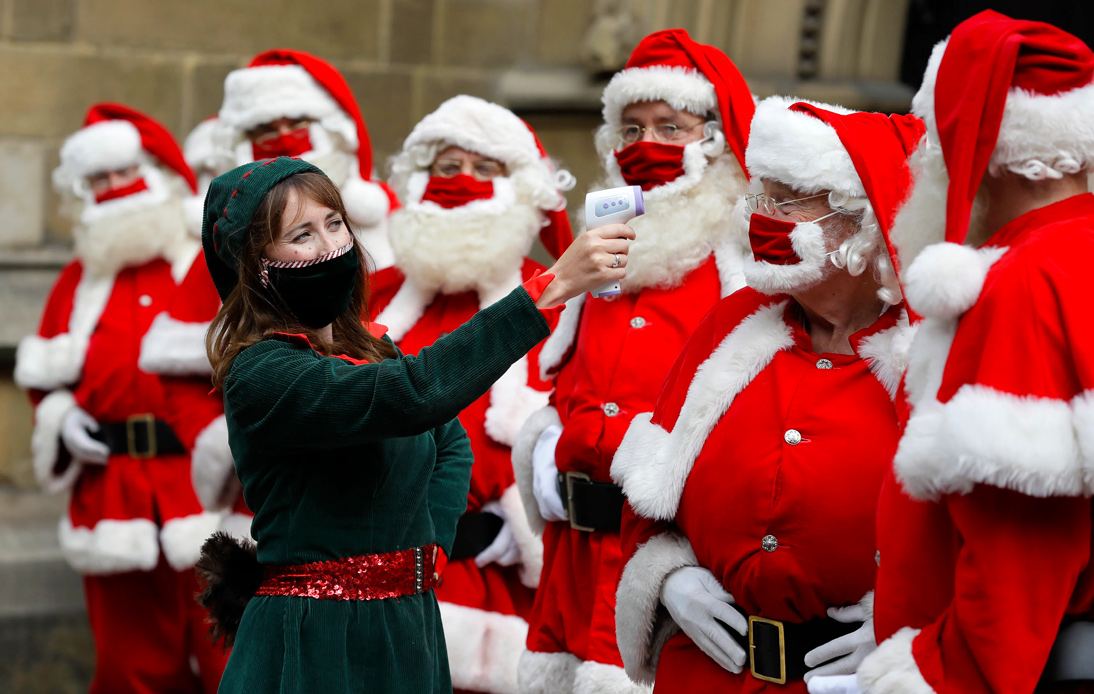 Many governments in Europe are making efforts to avoid lockdowns and strict restrictions during the Christmas holidays amid one of the least festive years on the continent.

This push to save the traditional celebration comes despite the sacrifices of other religious holidays, including Christian ones.

On Tuesday, the UK government laid out its plans to temporarily relax coronavirus restrictions for five days, from December 23 to 27. It will allow up to three households to celebrate together in what authorities call “Christmas bubbles.”

That means that small groups of families and friends will be able to meet in person for the first time in months.

The UK has reported more than 1.5 million COVID-19 cases, and England is currently under its second national lockdown.

Prime Minister Boris Johnson said: “This year, Christmas will be different. Many of us are longing to spend time with family and friends, irrespective of our faith or background, and yet we cannot throw caution to the wind. The virus doesn’t know that it’s Christmas”.

Many countries on the continent have sharpened the rules during the fall to lead to a more relaxed Christmas period.

French authorities imposed a second national lockdown in late October. But even though nonessential businesses across the country were closed, a government decree has allowed the sale of Christmas trees.

Emmanuel Macron, the president of France, said that a slowdown in the virus’s spread means that France’s lockdown will start to ease this weekend.

He said the restrictions could be lifted further on December 15 if the number of cases falls below 5,000 and there are only 2,000 to 3,000 in hospital ICUs.

In Italy, the undersecretary at the Ministry of Health Sandra Zampa said on November 11 that the government wanted to avoid large Christmas parties. She stated that the gatherings would likely be limited to close relatives such as parents, children, and siblings.

“I don’t think we can go any further,” she said in a local television interview.

Meanwhile, the Irish government plans to ease the measures nearly two weeks around Christmas and consider allowing three households reunions during the celebrations, according to statements by Deputy Prime Minister Leo Varadkar.

German MPs are said to be currently considering a draft proposal that would allow up to 10 people to celebrate Christmas and New Year together.