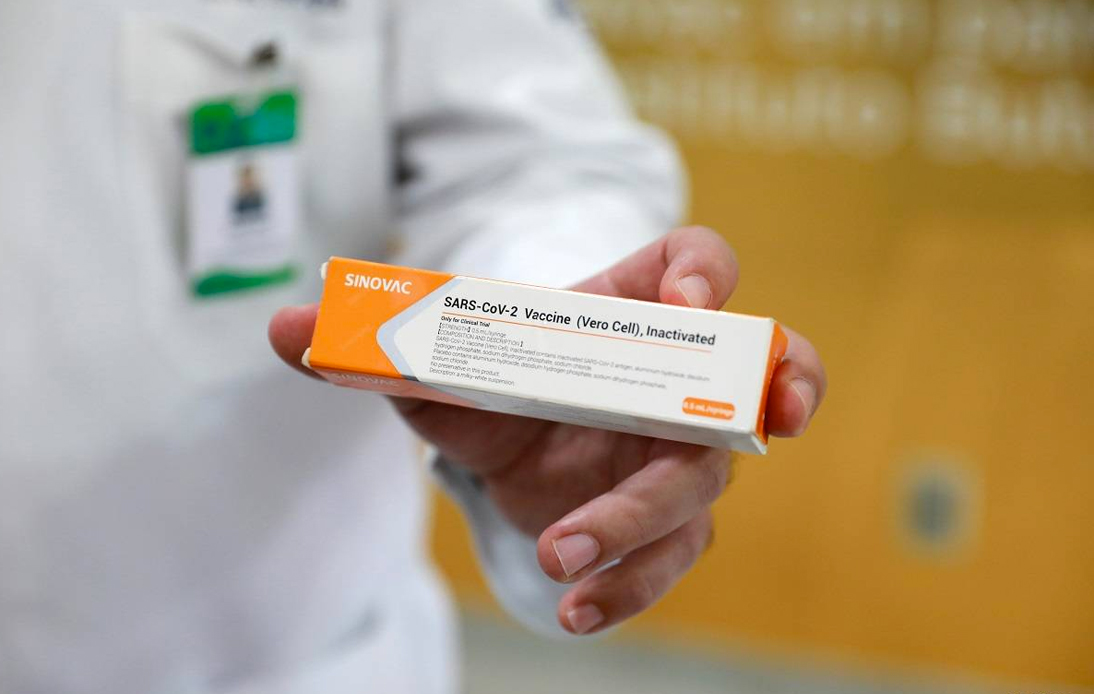 Scientists warned on Monday that countries that rely on COVID-19 vaccines made in China might be vulnerable to future waves of cases, as those vaccines are not sufficient to stop the virus from circulating.

The crisis currently playing out in Chile should send a message to the rest of the world that shots from Chinese firms are too weak to stop the increase in cases, experts said.

Reports indicated that at least 53 countries had ordered doses of Chinese vaccines and most of them are developing countries in South America, Africa, and Southeast Asia.

On April 11, one million more doses of the Sinovac COVID-19 vaccine arrived in Thailand after receiving the first batch of 200,000 doses in February and the second batch of 800,000 doses in March.

Authorities stated that around 530,000 doses had been administered in the 77 provinces of the country.

China’s top health official admitted in a rare acknowledgment over the weekend that the efficacy of their vaccines was not ideal. Recent studies in different countries showed that the jab developed by Sinovac had different efficacy rates, ranging around 50%.

Gao Fu, director of the Chinese Center for Disease Control and Prevention, admitted: “protection rates of existing vaccines are not high.”

Globally, public health experts have said that any shot that is 50% effective would be helpful. Nations that do not have special equipment or resources to keep other alternatives under the required special conditions and temperatures opt for these vaccines, as they are often cheaper and easier to store.

Professor Ian Jones, a virologist at the University of Reading, said that Chile figures suggested that Chinese vaccines would not be enough to “stop the virus circulating.”

Chile has seen its infection rate double since mid-February, registering 372 daily cases per million people, despite having fully vaccinated a quarter of its population and administering a dose to the other 40%. As a result, more than 80% of the South American country has been forced back into lockdown.

It has been using the Chinese Coronavac vaccine, which efficacy can be as low as 50%, another study made in Brazil found.

Pfizer and Moderna vaccines have efficacy rates of 95% and 94%, respectively, while AstraZeneca’s is approximately 79%. Clinical trials in American and British patients found that these vaccines stopped 100% of hospitalizations and deaths, compared to Coronavac’s 84%.

The state pharmaceutical company Sinopharm developed a slightly better vaccine, but it is only 73% effective.

The scientific community fears that Chinese vaccines put herd immunity at risk, leaving a large part of the population vulnerable to falling severely ill. However, they admitted that a 50% effective jab is better than none.