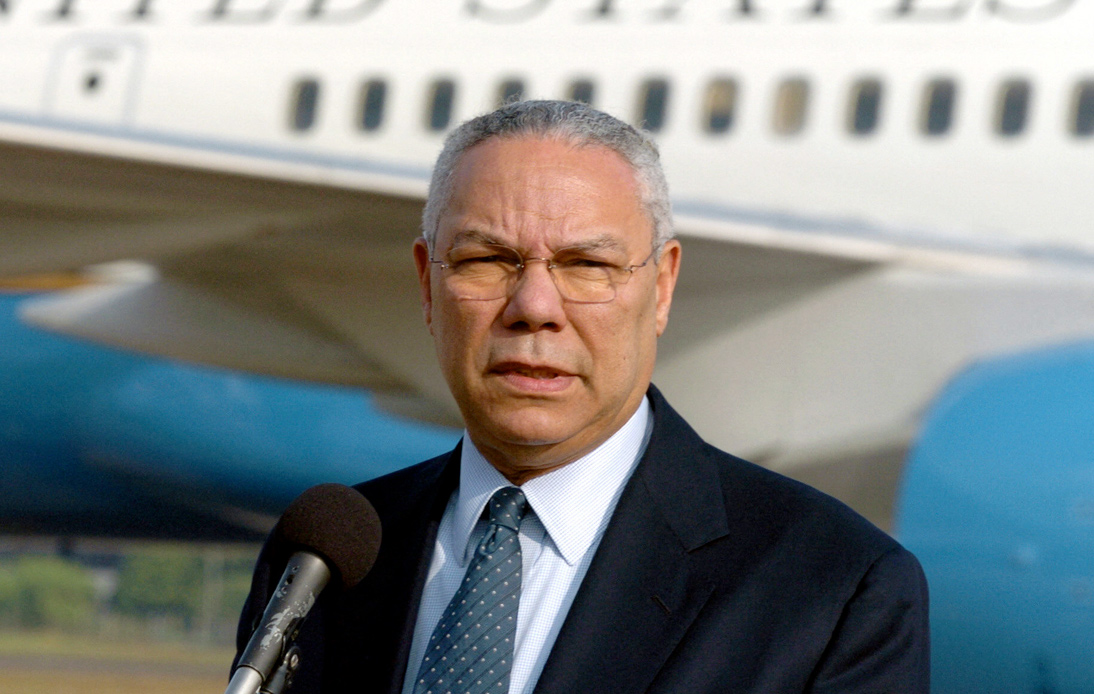 The former top military died from Covid-19 complications, his family said in a statement shared on Facebook yesterday.

“General Colin L. Powell, former US Secretary of State and Chairman of the Joint Chiefs of Staff, passed away this morning due to complications from Covid-19,” the Powell family wrote.

“We have lost a remarkable and loving husband, father, grandfather and a great American,” the statement read.

The Powell family thanked Walter Reed Medical Center “for their caring treatment” and stated that the former politician had been fully vaccinated.

After winning office in 2001 under President George H.W. Bush, Powell led several Republican administrations, helping shape US foreign policy in the late 20th century and early 21st century. Back then, he became the first and youngest African-American Joint Chiefs of Staff’s chairman.

Powell gained national popularity following the US-led coalition’s victory during the Gulf War and was considered one of the main contenders to become the first African-American US president.

However, he got embroiled in controversy for advocating the Iraq war and helping to garner support for the conflict.

According to the US media, Powell had been diagnosed with multiple myeloma, a plasma cell cancer that usually suppresses the body’s immune response, and with Parkinson’s disease. Doctors said his immunosuppressed condition might have made him more susceptible to Covid-19 symptoms.

Leading US political figures paid tribute to the former secretary of state after his death was confirmed.

Former President Bush described Powell as “a great public servant” and “a family man and a friend,” saying that he “was such a favorite of presidents that he earned the Presidential Medal of Freedom – twice.”

Mr. Bush’s Vice-president Dick Cheney also wrote a tribute message, saying that Powell was a man who loved his country and served it “long and well.”

Democratic former President Barack Obama and current US President Joe Biden also paid homage to Powell and sent their condolences to his family.