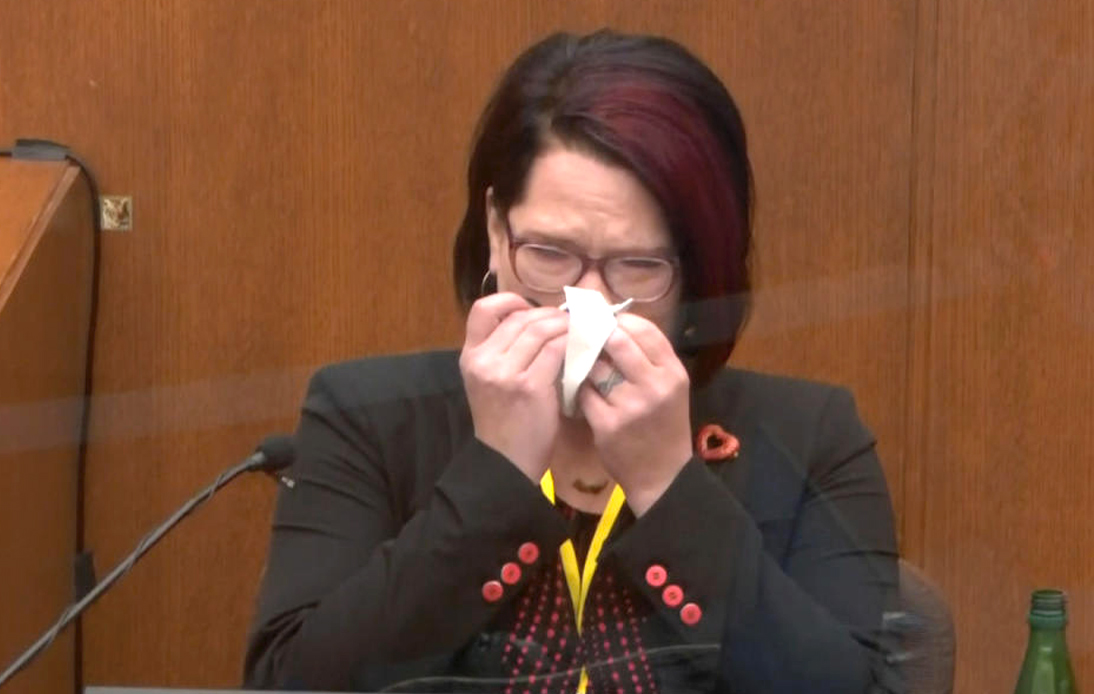 George Floyd’s girlfriend, Courteney Ross, gave tearful testimony at Derek Chauvin’s murder trial and spoke about an addiction to opioid painkillers that they both struggled to overcome before his death.

She claimed that Floyd had been clean for a while after an overdose.

Ross added that he started using again about two weeks before his arrest last May by Chauvin, a former Minneapolis police officer. Most of Ross’s emotional testimony focused on the couple’s opioid use.

The prosecution sought to head off defense claims that Floyd was murdered on drugs because he had opioids and methamphetamine in his system.

George Floyd’s death sparked protests and debates about race in the United States and the rest of the world. Chauvin, who kept his knee on the man’s neck for nearly ten minutes when he died, faces a second-degree unintentional murder charge and a manslaughter charge, and his trial became one of the largest murder trials in recent the North-American history.

With Ross’s account, authorities could establish that Floyd developed a tolerance to opioids.

It could indicate that the relatively small amount recorded at the autopsy was not enough to kill him. The prosecution also seeks evidence to undermine claims that the level of force Chauvin used by kneeling on Floyd’s neck was justified because the African-American man was high on drugs.

According to Courteney Ross, who dated Floyd for about three years, she and her boyfriend got hooked after getting prescribed opioids to treat chronic pain.

Chauvin has denied homicide charges over Floyd’s death and could face up to 40 years in prison if convicted of the most serious charge. His defense has claimed that Floyd was overdosing at the time, which contributed to his death from heart failure.

Ross said she took Floyd to the hospital when he overdosed after taking a more powerful pill two months before his death.

She recalled that the 46-year-old man had complained of severe stomach pain and that she had noticed a white substance around his mouth. Later, in its cross-examination, the defense returned to that part of Ross’s testimony, alleging that Floyd repeatedly complained that his stomach hurt and had white foam around his mouth during his arrest.